Royal blue! Her Majesty brightens up a dull day in an azure ensemble as she visits the UK’s oldest children’s charity to open a centre named in her honour

While many of us don darker colours to match the winter weather, Her Majesty the Queen can always be relied upon to brighten up the dullest day.

The monarch, 92, looked typically vibrant today in a bright blue coat as she paid a visit to the Queen Elizabeth II Centre at the charity Coram’s central London campus.

Teaming her ensemble with a hat in a matching azure shade, perched at a jaunty angle, the royal was all smiles as she arrived for today’s engagement.

As the UK’s oldest children’s charity, Coram has been helping vulnerable children since 1739.

The Queen viewed the Royal Charter and meet children and families who have benefited from Coram’s services including Mr Edward Newton, aged 104, the oldest surviving pupil from The Foundling – who previously met her father King George VI. 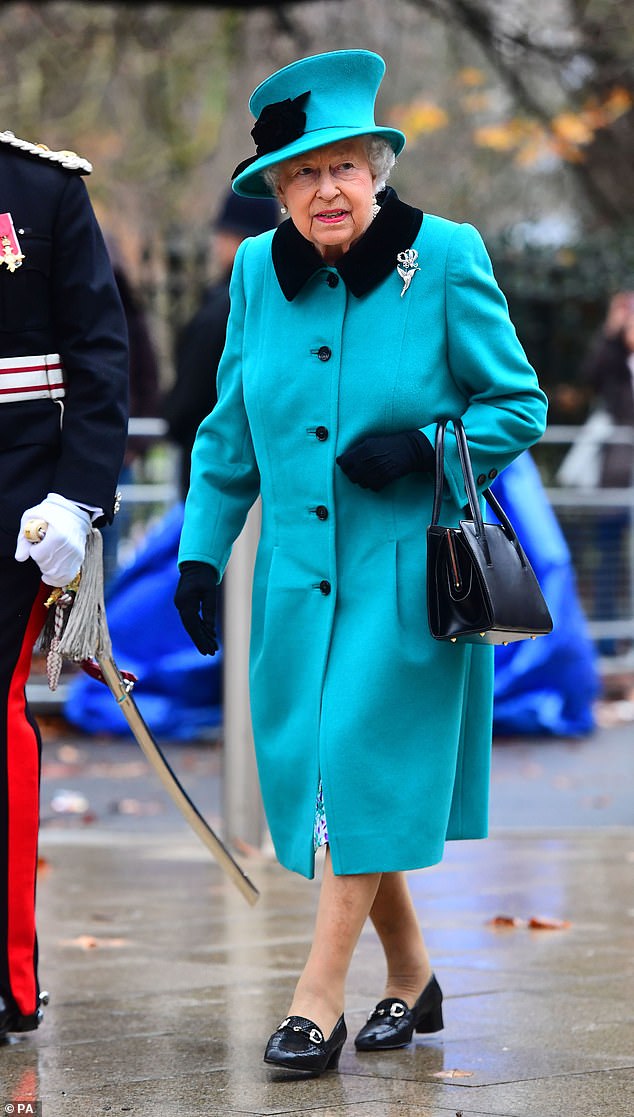 Her Majesty, 92, is visiting Coram charity in London to open the new Queen Elizabeth II Centre and looked typically vibrant in an azure blue coat and hat 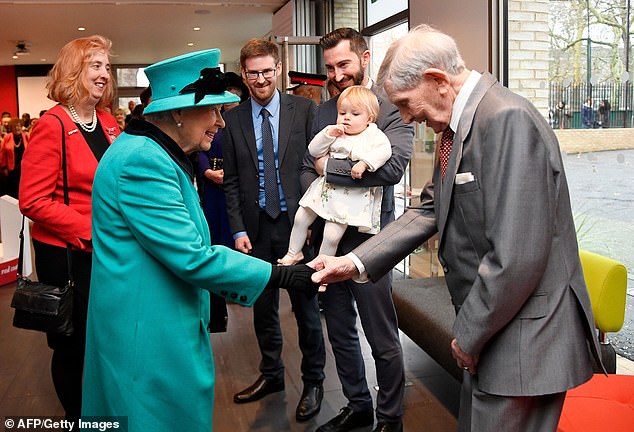 The Queen was introduced to former Coram child Edward Norton, aged 104, who is oldest surviving pupil from The Foundling 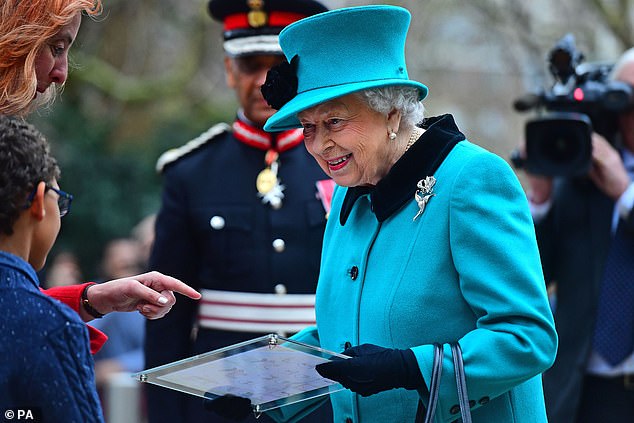 The royal was all smiles as she met wellwishers outside the centre, which has been opened to mark the 350th anniversary of the Coram founder’s birth

The Queen Elizabeth II Centre has been launched as a celebration of the 350th anniversary of the birth of the charity’s founder, Thomas Coram, who campaigned for 17 years before the Royal Charter was issued in 1739.

The charter established Coram as The Foundling Hospital, the first home in London to care for abandoned babies and vulnerable children.

It will be her fourth visit to Coram, which has been helping vulnerable children since 1739, after she first visited in 1936 as a young princess with her grandmother Queen Mary and her sister Princess Margaret. 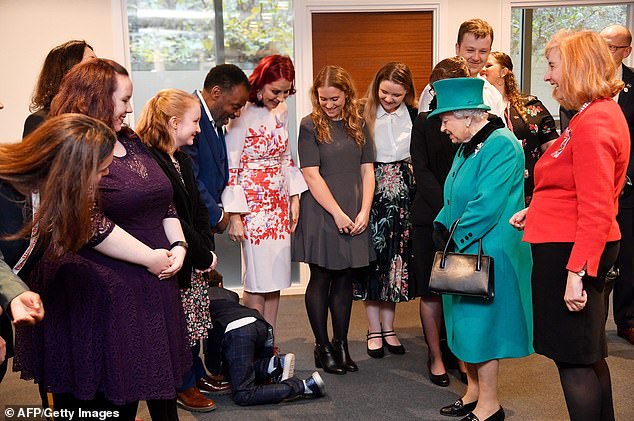 The great escape! One youngster certainly wasn’t standing on ceremony during the royal visit 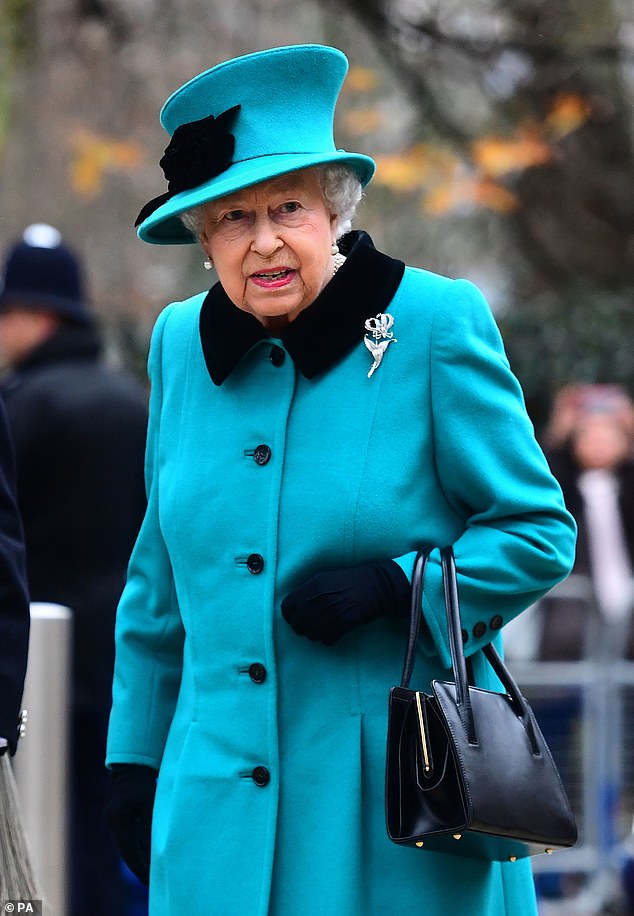 The royal is visiting Coram for the fourth time today and will officially open The Queen Elizabeth II Centre, a national centre of excellence for children 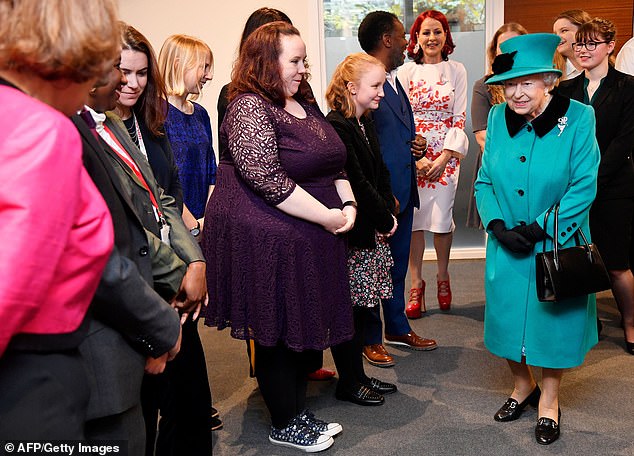 Warm welcome! The Queen was all smiles as she met with children and families who have benefited from Coram’s services 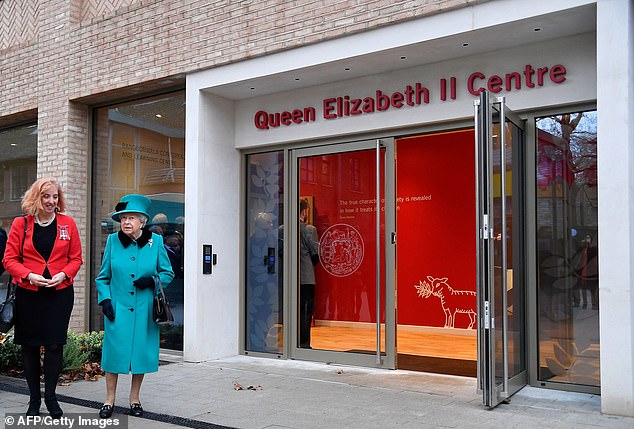 Her Majesty is officially opened a new centre of excellence at Coram, which has been named in her honour 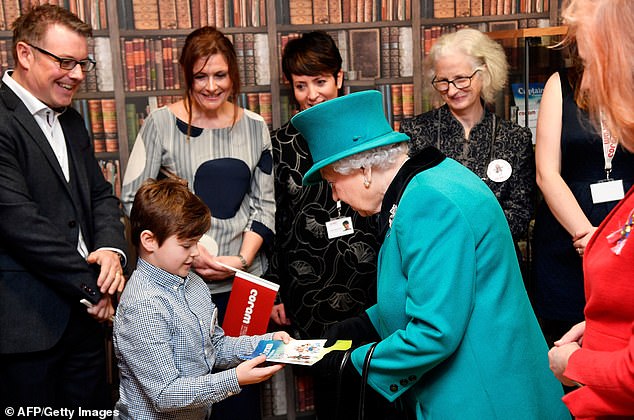 During her visit on Wednesday, the Queen will officially open The Queen Elizabeth II Centre, a national centre of excellence for children named in her honour.

The charity’s supporters, including Sir Trevor McDonald and David and Carrie Grant, will be introduced to the Queen.

It’s been a busy week so far for the Queen who last night hosted her annual Diplomatic Reception at Buckingham Palace. 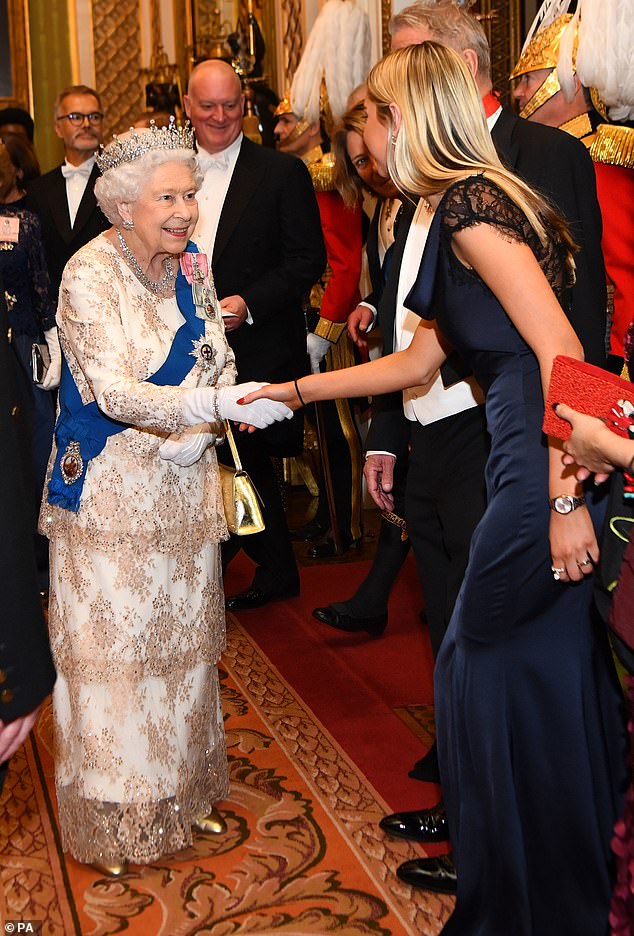 The Queen, 92, looked regal in a white gown with delicate tiered lace overlay as she greeted the ambassador of Norway at the evening reception at Buckingham Palace. The monarch paired the dress with a metallic gold handbag and heels

The white tie Diplomatic Reception is the main social event of the year in London for the diplomatic community and reflects the Queen’s importance in terms of the UK’s international relations.

It is also the largest reception held at Buckingham Palace, requiring hours of intricate planning by the Master of the Household and the Marshal of the Diplomatic Corps, as well as the commandeering of almost every member of waiting staff.

More than 1,000 people from around 130 countries, including members of the British government, past Prime Ministers and the Archbishops of Canterbury and York attend the gathering.

Most notable, however, are the many hundreds of ambassadors and embassy staff officially accredited to the Court of St James, often in brilliantly coloured and eye-catching national dress. 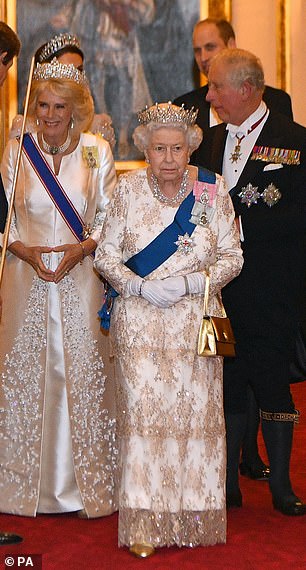 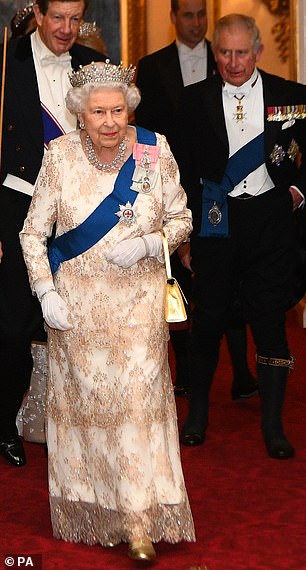 The Duchess of Cornwall was resplendent in an oyster coloured satin evening coat, left, which she wore over a floor-length gown, as she arrived with the Queen and Prince Charles, seen left and right