Home » Lifestyle » Queen says ‘none of us will live forever’ in time of ‘anxiety, grief and weariness’

Queen says ‘none of us will live forever’ in time of ‘anxiety, grief and weariness’ 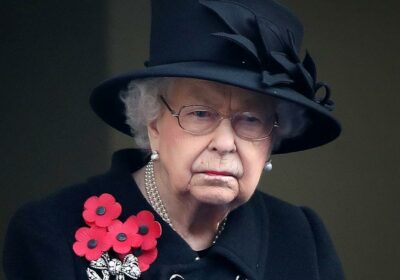 Her Majesty the Queen dicussed ‘anxiety, grief and weariness’ in a powerful speech delivered by her youngest son Prince Edward.

The Earl of Wessex shared the Queen’s sombre message with the Church of England’s General Synod in her absence. It’s the first time in 51 years that the monarch hasn’t made her five-yearly visit for the ceremony, which coincides with diocesan elections.

In a key section, Her Majesty, 95, wrote: “None of us can slow the passage of time.

“The last few years have been particularly hard. For many, it has been a time of anxiety, of grief, and of weariness.”

It’s not the first time the Queen has referenced ageing.

In a recent video message to world leaders at the COP26 conference, the Queen said: “None of us will live forever."

The Monarch turned down the Oldie of the Year Award earlier this year, permitting an aide to tell the judges: “You are as old as you feel.”

But in recent months, Her Majesty has spent time in hospital and been forced to step back from royal duties by concerned doctors.

She underwent ‘preliminary investigations’ during her hospital stay in October, but we are yet to discover her unexplained medical condition.

Royal experts have reported that the Queen has ‘entered a new phase’ and could be absent from public life until 2022.

She had to cancel her annual appearance at the Cenotaph for Remembrance Sunday due to a sprained back – passing the important duty onto Prince Charles.

Joe Little, managing editor of Majesty magazine, told the Express: “I don’t think we will see her out and about doing anything officially, even if she recovers from a sprained back.”

Her Majesty faces her first wedding anniversary without beloved husband Prince Philip on Saturday, but it’s thought Kate, William and the children will be a source of comfort on the difficult day.

Royal expert and author of Prince Harry: The Inside Story told OK!: “The Queen takes great comfort from her grandchildren and great-grandchildren and I think it would be a source of immense cheer if she saw the Cambridge children.

“She’s also become very close to Kate. I think Kate will be considered the right person to offer support to the Queen on what will be a poignant reminder of a long and happy marriage.”