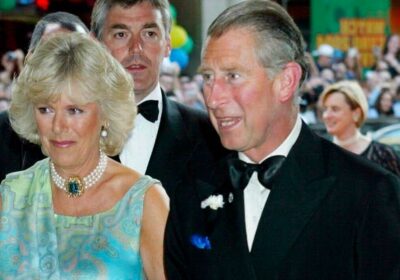 Queen Camilla, 75, previously revealed which royal consort she models her own actions on, but it isn’t Princess Diana, the late wife of King Charles. Camilla has said it was actually Prince Philip who showed her how to be a supportive royal consort without being “flashy”.

Queen Camilla made the comments in a BBC tribute documentary to the late Duke of Edinburgh.

The mother of two appeared on ‘Prince Philip: The Royal Family Remembers’ back in 2021, alongside her husband King Charles, his siblings, children, nieces and nephews to pay homage to the King’s late father.

Camilla praised the Duke for shaping the role of consort, saying: “I saw the way he supported the Queen, not in a flashy way but just by doing it quietly. It’s something I’ve learned by.”

Ms Levin said: “[Camilla] said that she felt that the Duke of Edinburgh was her role model. [And that] she would follow a motto that he’d said.

The royal expert added: “She said that’s what she is going to do”.

He added: “She’s very careful not to stray beyond them”, adding that she is very “focused”.

Speaking in a candid interview with Australia’s Women’s Weekly, the Queen Consort said: “The Duke of Edinburgh was always a very good ear.

“He was a role model to me and a very good person to take advice from.

“He always told me what he thought, which was very helpful, especially with things about the Army because I took over the Rifles [regiment] from him.”

In July 2020, Philip passed on the honorary title of Colonel-in-Chief of the Rifles to Camilla.

Following the death of Prince Philip in April last year, Camilla took on another role from the Duke.

This was the role of patronage of Book Aid International, a charity working to create open access to books for everyone across the world.

Other Royal Family members reflected on Philip’s dedication to his wife of 73 years in the BBC documentary, with Prince William, 40, applauding his grandfather for “giving up a very successful military career to be the Queen’s consort”.

He said: “It was very much a man’s world back then, so for a man to give up a career to support a woman, albeit the queen, was a big step.”

Zara Tindall, 41, added: “It must have been the most daunting thing you could ever think of doing in your whole life. The amazing thing he’s been able to do is be an incredible support to my grandmother but also to stay true to himself the whole way through. That’s what my grandmother needed. That’s why they worked so well together and fell in love I think.”

King Charles, 73, echoed this, adding: “My mother did find him a great support, she valued his judgement on some things.”