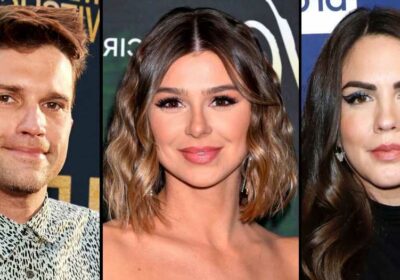 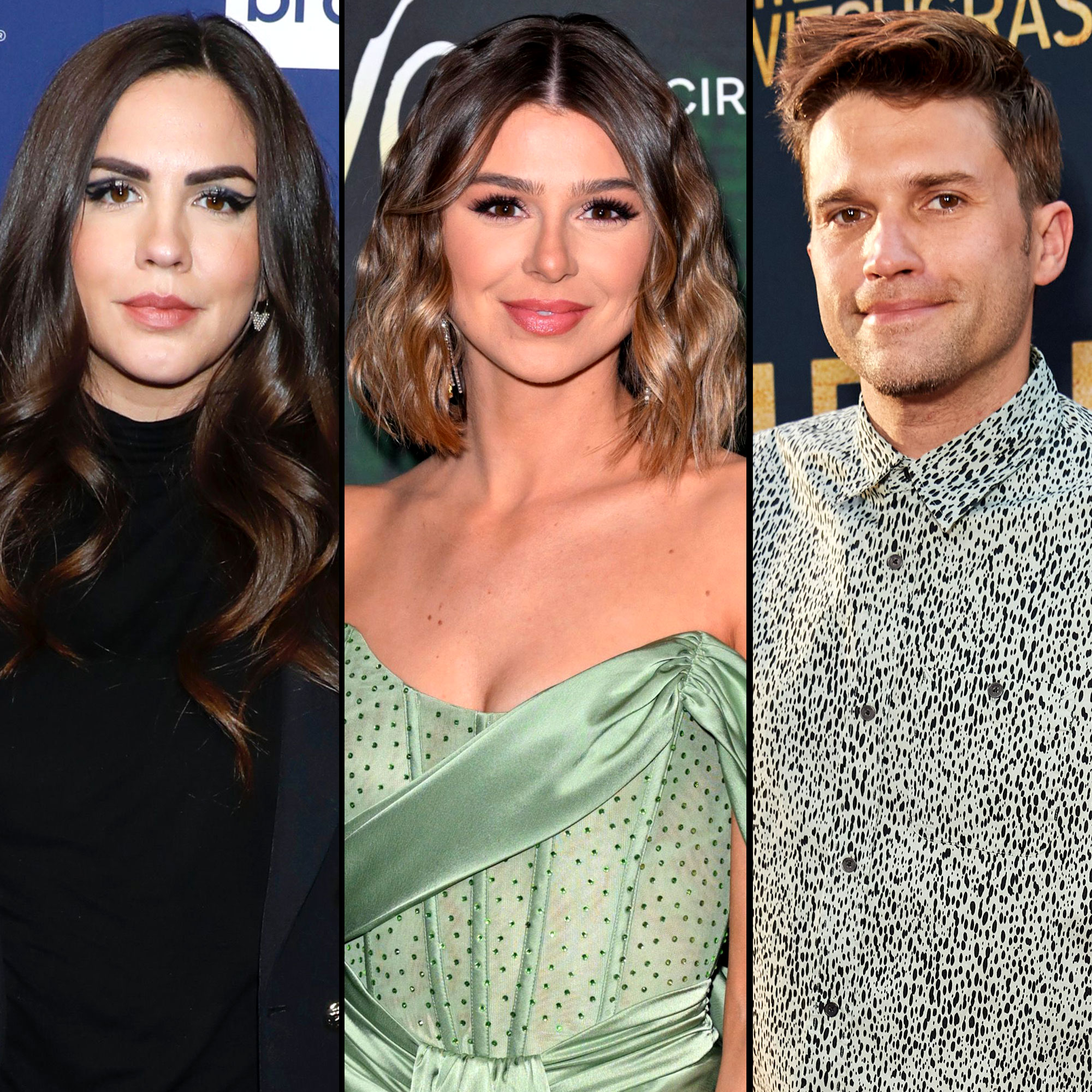 Things are getting messy. Katie Maloney finally addressed Raquel Leviss and Tom Schwartz’s hookup — and the reality star did not hold back on the shade.

Maloney, 35, replied to a Bravo fan page on Instagram which shared a photo on Friday, October 28, of Leviss, 28, sporting a Tom and Tom hoodie. “She a fan girl. Started as a fan of the show and now a fan of the tom’s,” the Utah native wrote.

Leviss, for her part, quickly responded to her Vanderpump Rules‘ costar’s comments. “I admit… I am a fan of the Tom’s,” she wrote on another Bravo fan page post about the drama. “I’m definitely a fan of the restaurant… best vibe, food and drinks in WeHo in my opinion. But I’m also a fan of Tom Schwartz and Tom Sandoval!! 🎉 Here to support their business endeavors 💞.”

The social media back and forth comes after a source exclusively told Us Weekly earlier this month that the Bravo personalities were “on the outs” after filming season 10. According to the insider, Maloney’s divorce from Schwartz, 40, put “a wedge between the cast” of Vanderpump Rules.

Leviss hinted at a divide when she said she was “not on the best terms” with the podcast host, telling Us at BravoCon, “I can’t speak for her, but I’m just keeping my distance and letting her work out her feelings.”

At the time, the California native also discussed her new bond with Schwartz. “Right now, we’re good friends. I feel like [our breakups] kind of brought us together as friends and we’ve been able to support each other,” she added. “I wasn’t expecting that friendship to blossom, but I’m happy that it did.”

While cameras were rolling on the upcoming season of the hit Bravo series, Us confirmed that Leviss got cozy with the Tom Tom co-owner during Scheana Shay and Brock Davies’ wedding in August. “Apparently there was some heavy drinking involved. They made out,” an insider exclusively revealed to Us at the time, noting that they heard “through the grapevine” that “more happened” between the duo.

Vanderpump Rules’ Raquel Leviss and James Kennedy’s Relationship Timeline: The Way They Were

The surprising connection came amid Leviss and Schwartz’s respective splits from their significant others. Earlier this year, the model announced the end of her engagement to James Kennedy at the show’s season 9 reunion.

“I didn’t want to give up on him because he really has shown me how dedicated he is to me, and the things that he is willing to do to better himself,” she explained during the January episode. “But I feel like it is something deep within. I have been having nightmares about our wedding day, and I think that’s a telltale sign that something is wrong.”

Two months later, Schwartz and Maloney confirmed they called it quits after more than a decade together.

“Well this sucks,” the Minnesota native wrote via Instagram in March. “I’m not the victim. Not gonna write too sad a song. Fully respect Katie’s decision and we’ve had healthy, productive conversations about it. It would be far sadder if she decided to stay with me whilst not happy.”

Katie Maloney and Tom Schwartz: The Way They Were

He continued: “How am I supposed to capture 12 years of love in a f—king canned Instagram caption. I’m not quite ready to use the ‘D’ word [because] it’s too painful. We had some of the most blissful, romantic, fun times humanly possible over the course of our relationship. I’m talking heaven on earth level joy. She taught me so much about love & being a better partner.”

Maloney, who previously had Leviss as a guest on her “You’re Gonna Love Me” podcast to discuss their splits, later admitted that her costar’s breakup inspired her.

“When they announced at the reunion that they had broken it up — it was a bit empowering because when you’re trying to figure out what to do and you see other people be strong and their convictions like that, you’re like, ‘All right, I can do it, I can do it,’” she told Us in April.

Since filming has wrapped, Kennedy, 30, has addressed Leviss and Schwartz’s hookup as well. “It was weird. But honestly, I’m living my life, and everyone gets to live theirs,” the U.K. native told Us in October. “I mean, Raquel was like flirting with Peter [Madrigal]. Like, she had her tongue down Peter’s throat during my See You Next Tuesday party [during] the first week [of filming]. Now, it’s Schwartz. I don’t know. She is homie hopping a little bit.”