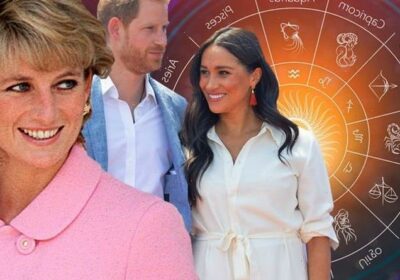 Birth charts reveal what sign each planet was in at your time of birth and are supposed to act as a guide to your personality and potential. Princess Diana is no longer with us but we can look at her birth chart to assess what sort of person she was behind closed doors and guess how she would’ve reacted to the difficult situations in her family today. Express.co.uk chatted to astrologer Francesca Oddie (@francescaoddieastrology) to find out what Diana would’ve thought of Prince Harry and Prince William’s recent rift.

Prince Harry and Prince William were thought of as having an extremely close bond as children, teenagers and young adults.

However, in recent years the pair have drifted as Prince Harry left the royal family and moved to the USA to live in peace with his wife Meghan Markle and their children Archie and Lilibet.

The Princes’ late mother Princess Diana, deemed the People’s Princess and adored by millions was very close to her sons, but we’ll never truly know how she would feel about the current rift between them.

One way to get an idea of what Princess Diana would’ve thought is to consult the stars and planets.

The fact that all three of them have Sagittarius in their charts indicates that race or background has no bearing on how they feel about anyone’s choice of partner.

“Your Mars sign and your Ascendant are how you approach the world and they all approach it with this kind of good humour, wanting to have fun, a levity of spirit, honestly, freedom and travel.”

Meghan, Duchess of Sussex would have quite a lot in common with her late Mother-in-Law since they both have Cancer in their charts.

Francesca explained: “Meghan’s Mars is in Cancer at 11 degrees and Diana was a Cancer Sun at 9 degrees so they have a valuing of family and being quite defensive in common.

“They both naturally protect the people they love and need to be needed, but maybe Meghan is slightly more codependent than Diana was because she has a lot of planets in Libra. Libra and Cancer both tend to be quite codependent.”

Francesca thinks Diana would’ve fully supported Harry and Meghan’s decisions and not worried too much about her sons’ relationship.

Francesca said: “I think Diana really values honesty and with Venus in Taurus, she would’ve been patiently trusting that it would all work out.

“Because she’s Rising Sagittarius there’s an optimism in her that understands that things get broken but that it’s better out than in.”

We can’t 100 percent say that Princess Diana would have been supportive of Prince Harry and Meghan, Duchess of Sussex’s tell-all Oprah interview, but Francesca thinks she would’ve kept the situation calm.

The astrologer said “I think she’d be quite supportive of Harry and Meghan and would’ve made less drama of it all and been all for the truth coming out.

“Diana’s got the Moon in Aquarius, she’s Rising Sagittarius and she has Uranus opposite the Moon so she really was quite outspoken, quite unpredictable, and she’s capable of cutting people off.

“However, I think with Venus in Taurus and Sun in Cancer she values family, so there are these two sides to her.

Princess Diana, Prince Harry and the Duchess of Sussex all have some form of anxiety, and Francesca thinks Princess Diana would have understood Meghan and Harry’s concerns.

She said: “Diana is really straight-talking and might be sceptical.

“Diana’s got Mars in Virgo, Harry’s got Mercury and Sun in Virgo and Meghan’s got Venus in Virgo so there’s anxiousness in all of them.

“Diana would relate to feeling quite neurotic and anxious about things. She’d get it. People who aren’t anxious don’t get it.

“She’d also understand the need for the pair to be responsible and do what’s best for them.”