Home » Lifestyle » Princess Diana Once Revealed the Moment She Nearly Stabbed Herself In Front of Prince Charles: 'He Wouldn't Listen To Me'

Princess Diana Once Revealed the Moment She Nearly Stabbed Herself In Front of Prince Charles: 'He Wouldn't Listen To Me' 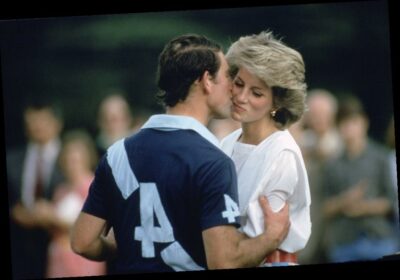 Princess Diana and Prince Charles had a troubled marriage. At the time, though, the public didn’t realize how much Diana was hurting from being in the royal family. She didn’t take well to the press or the constant attention, and she and her husband were never in love.

It turns out she once revealed in her released recordings that she nearly stabbed herself right in front of Charles after the two had a disagreement.

When Diana and Charles first met, Charles was actually dating Diana’s older sister, Sarah. Though things didn’t work out with Sarah and Charles, Diana always remained friendly with him — though she recalled him as looking like somewhat of a “sad man” when she first met him.

Over the years, Charles wanted to marry Camilla Parker Bowles, but when Camilla tied the knot while Charles was away in the military, it left him with no potential spouse. The royals liked the Spencer family, and Diana’s young age made her a strong candidate for marriage.

Diana and Charles went on 12 dates before he proposed, though they both knew they weren’t ready to get married. But he asked anyway, and Diana recalled in her recordings to Andrew Morton that she couldn’t help but laugh at the question. Still, she said yes.

Diana and Charles’ marriage was troubled from the start — mostly because they knew they were not in love. Diana had a difficult time adapting to the royal family and its publicity-heavy lifestyle, and it greatly affected her mental health.

Charles grew tired of Diana’s depression, and she recalled in her recordings that he often referred to her as “crying wolf.” One night, Diana even came close to stabbing herself.

“I wanted to talk to Charles about something,” she recalled. “He wouldn’t listen to me; he said I was crying wolf. So I picked up his penknife off his dressing table and scratched myself heavily down my chest and both thighs. There was a lot of blood.”

Diana then added that Charles had no reaction “whatsoever” to what she had done, which only made things worse.

Diana’s mental health struggles included serious depression and a difficult battle with bulimia. But she believed her problems were a direct result of her failing marriage and a life that was constantly in the public eye. Still, the queen thought otherwise.

“[The queen] indicated to me that the reason why our marriage had gone downhill was because Prince Charles was having such a difficult time with my bulimia,” Diana recalled. “It made me realize that they all saw that as the cause of the marriage problems and not one of the symptoms.”

Diana and Charles’ marriage eventually crumbled after his affair with Camilla became public. He and Diana separated in 1992 and were divorced in 1996.