Prince Harry and Meghan, Duchess of Sussex officially stepped down from royal duties on March 31 and have been residing in Los Angeles ever since. Now, a new book is putting the spotlight back on what their lives were reportedly like as senior royals and it’s reminding some experts of Princess Diana’s damaging biography. 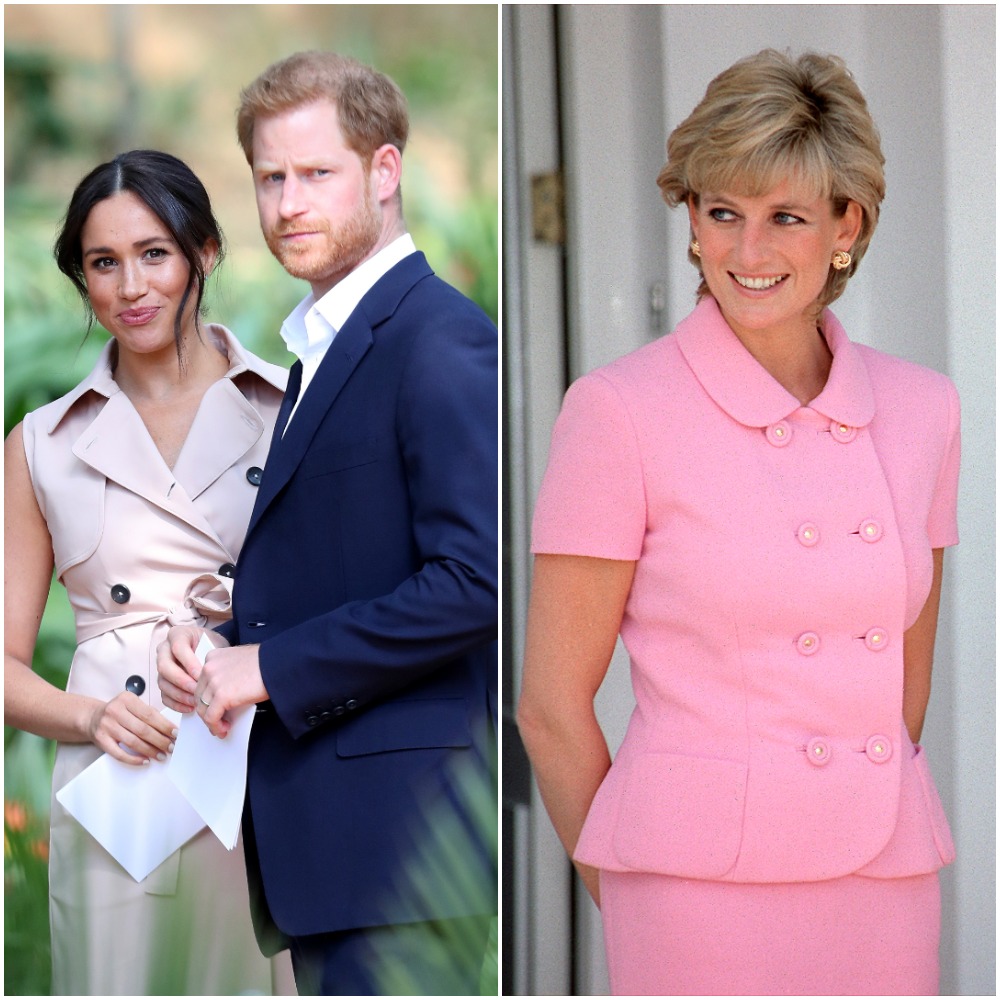 Because Omid Scobie and Carolyn Durand, who authored Finding Freedom, are friendly with the Sussexes many royal fans believe that a lot of the information in the book comes directly from Harry and Meghan.

A spokesperson for the couple, however, denied that they had any involvement insisting, “The Duke and Duchess of Sussex were not interviewed and did not contribute…This book is based on the authors’ own experiences as members of the royal press corps and their own independent reporting.”

But not everyone is buying that and pointing to how Diana also denied that she had anything to do with Andrew Morton’s 1992 book titled Diana: Her True Story. After the princess’s death, Morton revealed that Diana had sent him her secret audio recordings which he used as his source of information. Royal biographer Penny Junor said Finding Freedom reads much like Diana’s tell-all.

“Oh, what a sickening sense of deja vu. Reading the revelations about Harry and Meghan in Finding Freedom over recent days has reminded me all too eerily of Andrew Morton’s book,” Junor wrote in the Daily Mail. “It was just as explosive as this book — and proved deeply damaging.”

Royal author Tom Bower also weighed about Harry’s ties to the biography saying, “Now, he has found himself associated with a book reading like a sour litany of complaints against the people and the life he used to hold dear.”

Another time Prince Harry and Meghan Markle were compared to Diana

Another time the Sussexes drew comparisons to Harry’s late mother was with their 2019 documentary Harry & Meghan: An African Journey. The couple’s admissions reminded many of the Panorama interview the Princess of Wales gave in 1995.

In that interview, Diana spoke about struggling to fit in the royal family as well as her and Charles’ marital troubles and affairs. The princess did not tell the queen or other royals that she was giving the interview and had the camera crew sneak into her Kensington Palace residence.

E! News noted that the duke and duchess went that route as well by not informing Harry’s family about what would be revealed in their documentary. Sources stated that the family was “fairly astonished” by the “level of personal detail” Meghan and Harry shared.

Royal correspondent Camilla Tominey said that the Sussexes’ revelations at the time felt “on a par with Princess Diana’s explosive sit-down.”

Like Diana, the prince and former Suits star also discussed their relationship or lack thereof with other royals. Harry did so when he addressed the rift with his older brother, Prince William, and Markle did so when she said that no one had asked how she was coping in her new role.