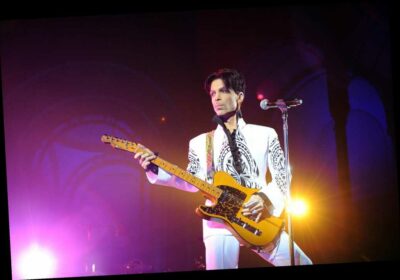 Why Taylor Swift ‘Fearless’ re-recording was worth it for her — but is it for us?

The best and worst Super Bowl halftime shows of all time

The Purple One is making it rain again.

A paisley cloudburst of never-before-heard songs from late funk legend Prince is on the way in the form of the forthcoming album, “Welcome 2 America.”

The estate of the “Purple Rain” singer — who died of an accidental opioid overdose in 2016 — is set to unveil a collection of the estimated 8,000 unreleased songs he kept hidden in a vault at his Paisley Park studios near his hometown of Minneapolis.

His posthumous 12-track anthology is scheduled for release in late July, and will debut on CBS’s “60 Minutes.”

“Prince’s enigmatic and prescient statement album #Welcome2America will be released July 30, 2021, by The Prince Estate and [Sony Legacy Recordings],” read an announcement from the legend’s official Twitter account.

The album, a rhythmic appraisal of American culture, features lyrics such as “Land of the free / home of the slave,” as well as track titles like “Running Game (Son of a Slave Master)” and “One Day We Will All B Free.”

Prince wrote and recorded the material before embarking on his 80-concert “Welcome 2 America” tour in 2010. But the Rock & Roll Hall of Famer never performed the music.

His assemblage of velvety melodies and funky guitar strokes “documents Prince’s concerns, hopes, and visions for a shifting society, presciently foreshadowing an era of political division, disinformation and a renewed fight for racial justice,” according to a statement from his estate.

Prince died at 57 with no spouse, children or will.

In 2017, his sister, Tyka Nelson, 60, and five half-siblings were named heirs of his estate — which, although it is worth an estimated $200 million, has been plagued by a deluge of tax problems with the IRS.

The estate previously released a mix of Prince’s chart-toppers and archives via albums “Piano & a Microphone 1983” in 2018 and “Originals” in 2019.

“Welcome 2 America” will be the seven-time Grammy winner’s latest work.

“I won’t get off this planet until he gets every single solitary thing he worked so hard for and preserved for all of the world,” Nelson told Rolling Stone of her brother’s unearthed music.

“Prince always wanted people to hear his music. There would be no way that I let one note of his music not ever be heard.”