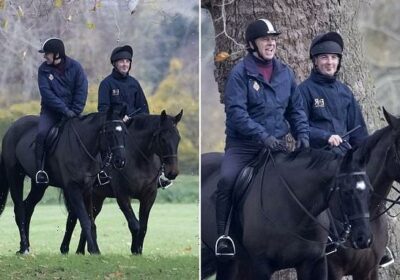 Prince Andrew was all smiles this morning as he went horse riding on the Windsor Estate, following a busy week of royal engagements from which he was excluded.

The Duke of York, 62, was spotted for the first time after his brother King Charles spent the week hosting his first state visit since ascending the throne.

His Majesty and the Queen Consort welcomed South African president Cyril Ramaphosa to the UK, which included a state banquet held at Buckingham Palace attended by other senior royals.

While the Prince and Princess of Wales and the Earl and Countess of Wessex attended the banquet held in honour of Mr Ramaphosa, Prince Andrew was notably absent from the festivities as he is no longer a working royal. 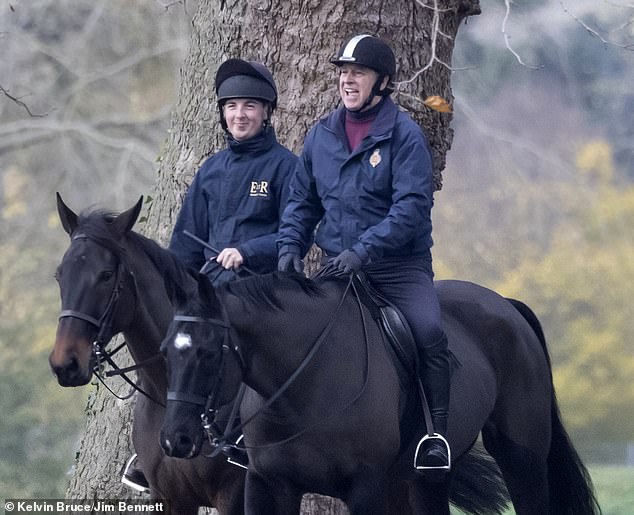 Prince Andrew (pictured right), 62, was all smiles as he took to the Windsor Estate on his horse, despite not being included in this week’s state visit from South African president Cyril Ramaphosa, hosted by King Charles 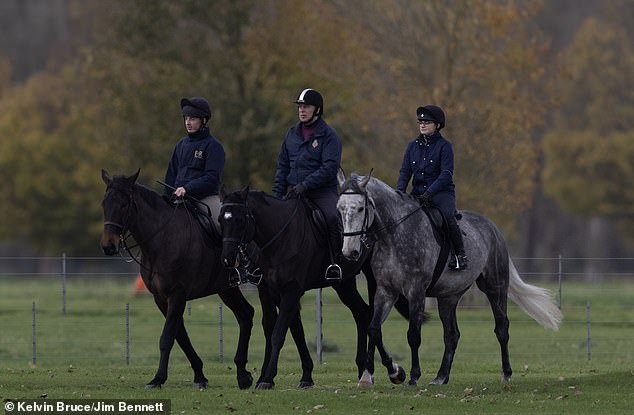 The Duke of York, who is known for his love of horses, appeared in a jovial mood as he rode through the grounds of the Windsor Estate

Princess Anne and Vice Admiral Sir Tim Laurence were also not in attendance, although that was due to the Princess Royal’s own engagements in the Falkland Islands.

Father-of-two Andrew has not been a working royal since January of this year when he was stripped of his military and HRH titles following his association with convicted paedophile Jeffrey Epstein.

However, despite not being included in the week’s poignant events as King Charles ushered in a new age of the monarchy with his first state visit, the Duke of York was unfazed this morning.

Andrew is known for his love of horseriding and is often spotted out on the horses on the Windsor Estate. 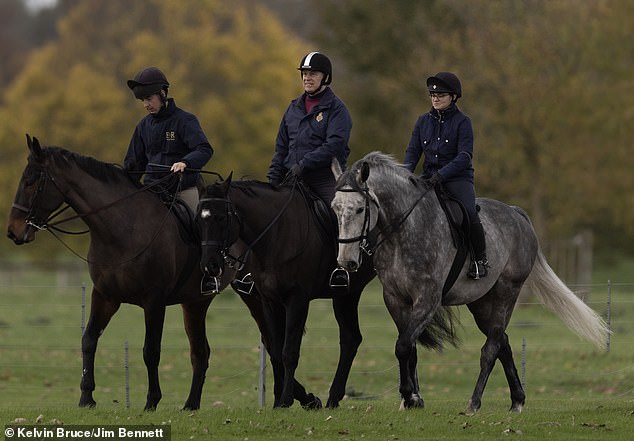 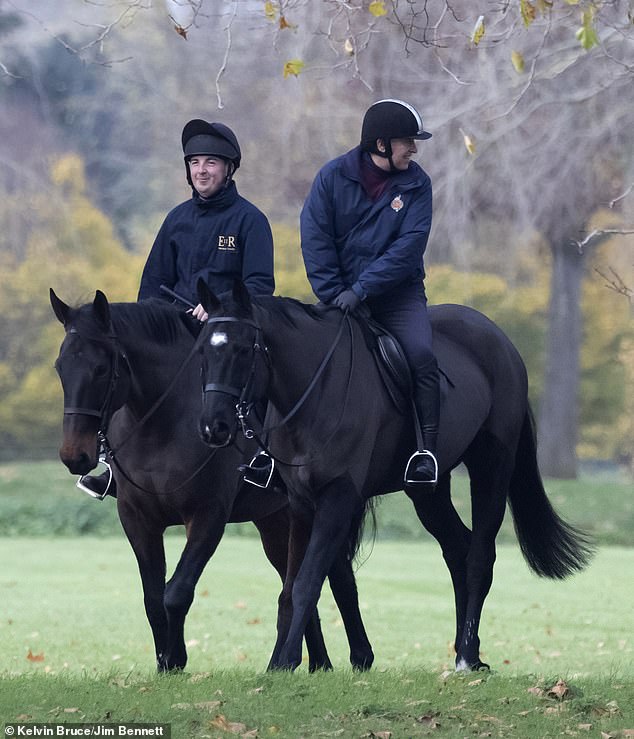 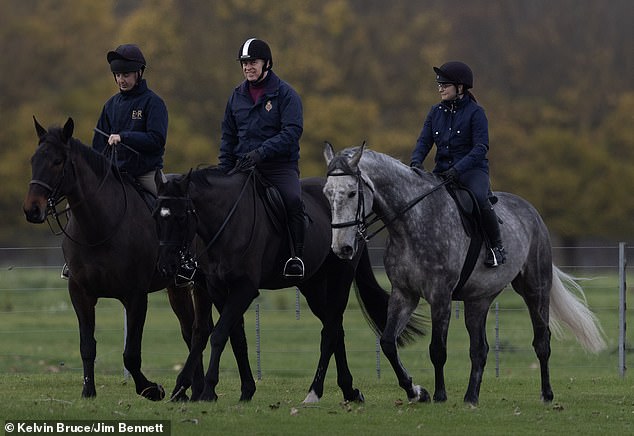 Today he was pictured beaming as he rode through the grounds in spite of gloomy weather.

His jovial demeanour comes amid reports the Duke may be attempting to redeem himself in the public eye, after settling a lawsuit with Virginia Giuffre earlier this year after she sued him for sexual abuse.

The settlement, which is not an admission of guilt, is thought to be in the realm of £12 million.

As part of the settlement, Andrew also pledged to show his regret for his association with Jeffrey Epstein by supporting victims of sex trafficking.

Yesterday the Daily Mail’s Ephraim Hardcastle reported that, while the Duke still does not appear to have honoured his pledge to get involved with charities supporting victims, he has this week donated surplus food from his Royal Lodge gardens the local foodbank.