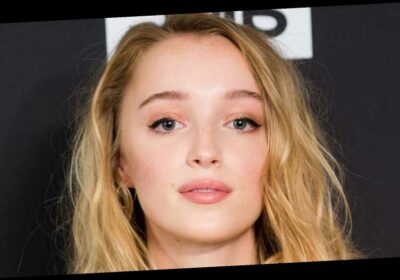 The stars of the Netflix smash hit Bridgerton have been asked over and over again about shooting the many sex scenes throughout the series. But both Phoebe Dynevor and Regé-Jean Page have endlessly raved about the direction and the sex scenes between their characters Daphne Bridgerton and Simon Basset, saying they were very choreographed and rehearsed to the point where they felt extremely comfortable shooting them.

RELATED: I'll Say It: Bridgerton Could Have Had More Sex

"That's saying something, because there were a lot of difficult scenes to shoot," she said. "You feel very vulnerable in those scenes. We did the intimate scenes like stunts — we blocked them out, so you have yoga balls in between you and all sorts of things that never make you feel exposed in any way. You always feel safe. I'd rehearse with Regé so much that we both knew what we were doing. It felt very practical. "

So why was her solo scene so difficult? The reason may come as a surprise: she was told to have an orgasm.

"But on my own, it's a different thing. The stage directions are very specific: You have to have an orgasm. It's a difficult thing to rehearse, which means you don't," she revealed. "You just do it. "

Dynevor praised their intimacy coach Lizzy Talbot — who also told Glamour that the sex scenes in Bridgerton was made to be from the female's gaze — for her guidance on set, especially during this very vulnerable and, er, touching moment.

"I always get back to the fact that Lizzy was on set for that scene," Dynevor said. "If we didn't have an intimacy coordinator, it would be our director, who was a male, coming up to me and telling me what to do. That would have been awkward. I felt so safe in the knowledge that Lizzy was there, so that if something went wrong or the director wanted something different he could speak to her first. I think it would have been a very difficult experience if Lizzy hadn't been on set protecting me and looking after me. No one wants to be told how to orgasm by a man."

Well, nobody wants that.