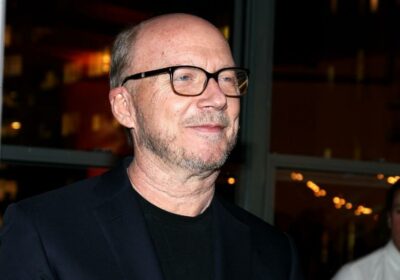 A judge ruled on Friday that director Paul Haggis will be allowed to argue at his upcoming civil trial that the Church of Scientology is behind a rape allegation against him.

Haggis is accused of raping publicist Haleigh Breest after a premiere in New York in January 2013. She sued him in 2017, and the case is set to go to trial next month. Haggis has claimed that the encounter was consensual, and that rape charge came in retaliation for his decision to leave the church and to become a vocal critic of it.

Breest’s attorneys sought to block Haggis from pursuing that defense at the trial, saying it is nothing more than “speculative fantasy,” and that Breest and her other witnesses have no connection to the church. But her ruling on Friday, Judge Sabrina Kraus allowed Haggis to raise the theory.

“The jury is entitled to be informed of any possible motive Plaintiff may have and about The Church’s efforts to discredit Haggis,” Kraus wrote. “Haggis should have the opportunity to present evidence that will show that The Church was, in fact, seeking to embroil Haggis in ruinous, false allegations regarding women prior to Breest’s allegations here.”

The ruling means that the Church of Scientology will be at issue in two rape trials set to begin next month. In Los Angeles, actor Danny Masterson is facing three criminal rape charges, which carry a potential sentence of life in prison. Masterson is a member of the church, and his accusers have filed a separate civil suit claiming that the church stalked and harassed them after they reported him to the LAPD. The judge in the criminal case has indicated she will allow some discussion of Scientology, though the defense is seeking to limit it.

In the Haggis case, his lawyers say there is significant evidence that the church was seeking to “find dirt” on him before the rape allegation was made. Haggis, an Oscar winner for writing and directing “Crash,” famously left the church in 2009 over its opposition to gay marriage.

He subsequently called the church a “cult,” and participated in a New Yorker article that became the basis for the book “Going Clear,” as well as the documentary of the same title. Haggis’ lawyers argue that the church regards him in the same way that Iran regards Salman Rushdie. The lawyers also claim that church operatives set about to destroy Haggis with “ruinous, false allegations regarding women” before the Breest litigation was filed.

“Haggis is no ordinary defendant in a civil case,” his lawyers wrote. “He is the most public enemy of a notorious, nefarious, powerful and well-funded institution which is known to destroy its detractors.”

Breest’s lawyers have argued that the Scientology theory will distract the jury and put a cloud over the case. “Haggis has not produced one shred of evidence to support this bogus story,” they argued.

Kraus also ruled on several other motions on Friday. She denied Breest’s request to bring up allegations that surfaced against Haggis in Italy in June. Haggis was held on house arrest for 16 days after a woman accused him of rape. An Italian judge, however, ruled that there was insufficient evidence to continue to detain him.

“The allegations in that case have not been sustained and were deemed insufficient to keep defendant under arrest,” Kraus wrote, in refusing to allow Breest to introduce that evidence in her trial.

Breest will be allowed to call three other “Jane Doe” witnesses who have raised separate sexual assault allegations against Haggis. In that ruling, Kraus relied on a recent New York appellate ruling in the Harvey Weinstein criminal case that upheld the use of three such “prior bad acts” witnesses.

Kraus also granted a plaintiff’s motion to bar Haggis from bringing up his finances at the trial. Haggis has claimed that Breest’s allegations have nearly bankrupted him by making it impossible for him to work and forcing him to spend millions on lawyers.