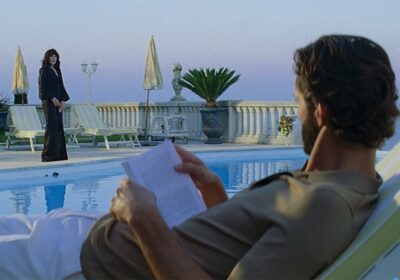 To the degree that a global sales division can shape its own image, Pathé’s international arm has built and bolstered its current brand around strong IP, recognizable faces and unbelievable but true stories.

To see those elements in play, one need only look to last year, when projects including Paul Verhoeven’s “Benedetta” and Martin Bourboulon’s “Eiffel” lifted from world and film history as they showcased stars such as Virginie Efira, Romain Duris and Emma Mackey, while collectively finding homes in more than a hundred international territories. (In the U.S., for example, “Benedetta” sold to IFC Films, while “Eiffel” went to Blue Fox Entertainment.)

To witness those same imperatives, but supercharged, one need only glimpse Pathé’s 2022 slate, which goes long on hometown IP and star power.

“Being exhibitors ourselves, we make films for the big screen,” says Marie-Laure Montironi, exec VP of international sales. “Today, names and universal stories drive audiences to cinemas. To hook people, you need a big spectacle, a big story, and a big star.”

Like the Stephen Frears-directed “The Lost King” and the Judi Dench-led “Allelujah” — which will both screen promos for buyers at the Cannes Market — Winocour’s Efira and Benoit Magimel-led docudrama pulls from recent headlines, in this case tracking a terrorist attack survivor’s road to recovery.

“Cinema need not only deal in light subjects,” says Montironi. “The film is both sad and profound; it’s also about resilience, about learning to live, and it offers hope.”

Building on instant recognition and benefiting from a prodigious round of pre-sales that helped finance each production, the three titles — which feature stars including Vincent Cassel, Marion Cotillard, Louis Garrel and Eva Green — reflect Pathé’s growing global ambitions.

“We try to make films that have a strong international appeal,” says Montironi. “And I think we’ve really established ourselves as a brand that can compete with American films in terms of budget, production value and story subjects.”

And when it comes to Pathé’s roster of crowd-pleasing comedies, which do well in Francophone territories, but have a harder time bridging the translation gap, the company now follows a model proven all-too-viable by the recent success of “CODA.”

“We are in advanced conversations about remake rights for comedies that have a difficult time being sold internationally,” says Montironi. “We’re already dealing with remake rights in a number of territories. So we’re in a pretty strong position, and we feel like we’re getting stronger on this front.”