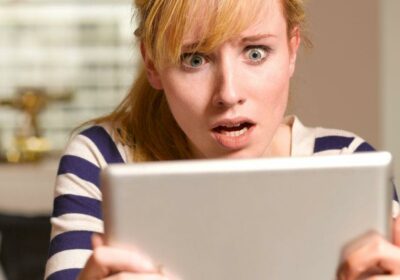 However, one mother and father have admitted they found it quite comical when they discovered their son was an adult actor and are even planning to prank him.

Sharing their story to Reddit, the unnamed mum said her husband had unfortunately seen their child in one of the racy films he had been watching. What's even worse is that he discovered it at work.

The mother wrote: "My son is actually in a few 'films' and has somewhat of a cult following (or so my husband tells me).

"It shocked me at first. Not in a negative way, but more 'This is the same person who once threw a golf club right at the girl he liked because he had absolutely no idea how to approach someone?'

"As to the question of when I found out, it was my husband who came across it. He rushed home excitedly to tell me.

"Then he saw the tattoo we've both seen many times, and he found it even funnier.

"He wanted to do a big surprise reveal that we knew.

"He's the type of man who doesn't take like too seriously and just has a good laugh.

"I think if I hadn't met him, this kind of thing would have made me feel negative. But I find myself in the same boat. We just think it's funny more than anything.

"We haven't told our son yet. We decided to think about if it would affect him negatively. Him not telling us and all that.

"But I honestly don't know how long my husband can keep from pranking my son about it."

After 12 years in the adult film industry Fernandinha Fernandez has decided to call it quits and try to make it as a professional gamer instead.

The 34-year-old told the news site Metropoles: "My boyfriend knew I wanted to leave my career. That was three years ago. I was tired. I felt I had nothing more to offer.

"My boyfriend, as he works in marketing, is helping me a lot with this project."