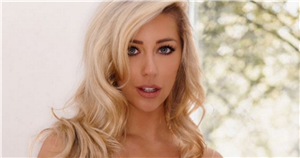 Page 3 girls opened up about how people react to their glamour modelling shoots.

And a Daily Star reader asked: “Did any of your exes have issues with your jobs as glamour models? Did that ever end a relationship?”

The girls admitted responses can be mixed when they open up about their careers – while some people are curious, others are judgemental.

According to Daisy, snapping sexy pictures can create tension when you’re in a romantic relationship.

In the past, the model has been given an ultimatum to quit Page 3 or break-up with her ex.

She explained: “The relationship was on a bit of a rocky edge anyway but it got to the stage where he said ‘if that’s what you wanna do then I don’t want to be with you anymore’.

The decision wasn’t an easy one for Daisy – but ultimately, she knows glamour is what she wants to do.

She said: “I did weigh it up a lot – one day they were fine with it but they weren’t because it was more what other people would say to him about it.

“But I’m very much like I do something for my own reasons.”

Daisy added: “It’s what I want to and I don’t care what people think.

“If it’s benefiting me and I enjoy it then we’re all entitled to our opinions.

“It wasn’t ever going to work out because if I stopped doing it then I’d always be resentful. It wouldn’t have worked.”

Daisy is now in a happy relationship – and thankfully, Chloe and Jess say their love lives haven’t been impacted by working in Page 3.

Chloe admitted: “My ex was in the reality TV circuit so I don’t really think he cared.

“He also lived in the Playboy Mansion and his mum was a Playboy model.

And Jay said: “I’ve been quite lucky.

“There’s certain people that I wouldn’t mention it to just yet but lucky for me no one’s ever had a problem with it.”

Want to read more about our Page 3 girls? We've got you covered.

They also revealed how their family members react to their saucy snaps – and one of their gran's even keeps the newspaper clippings!

And our shrewd models even reacted to readers' mean comments live on Facebook.