Home » Lifestyle » Our oceans are warming, but beachgoers might still feel the chill

Our oceans are warming, but beachgoers might still feel the chill

Sydneysiders are flocking to the beach this month as the sun returns in full force following the city’s wettest year on record. Beachgoers, however, are in for a shock.

Sea temperatures are a brisk 18 degrees at the coldest times of November – a month that usually records an average sea temperature of 21 degrees.

Temperatures around the mid-20s tend to be comfortable for the average beachgoer, but it depends on factors including the type of swimming and a swimmer’s age and body composition. Children and older adults may be more comfortable swimming in higher temperatures between 27 and 30 degrees. 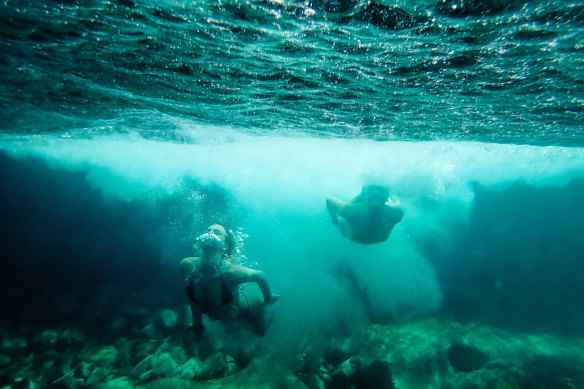 The sun and sea currents are to blame for the chilly swimming experience. Professor of coastal oceanography at the University of Western Australia, Charitha Pattiaratchi, says they are the main factors behind sea temperature. “If you have several days of cloud-free hot days, then the coastal waters will become warmer,” he says. “And if you have an episode of the East Australian Current close to the coast, then that will also enhance the warmer waters.”

The film Finding Nemo cemented the importance of the East Australian Current as a superhighway transporting fish and sea turtles down to Sydney Harbour. More generally, it is a warm current that starts just south of the equator and travels down the east coast of Australia.

The flow of river water, strengthened by floods, also has an impact – especially closer to the shore. “River water is usually colder and lower salinity than ocean water,” Pattiaratchi says. Fresh water often feels colder than sea water because it contains less salt.

Marley Durrans and friend Asha Lia-Lorenz dived into Clovelly Beach on Tuesday morning after finishing their exams. “We’ve just finished out HSC, so we’ve been going to the beach every single day,” Lia-Lorenz says. “The sun is scorching, but it’s quite cold in the water, so it takes a minute to adjust, but it’s very refreshing.”

It might be cold now, but professor of oceanography at the University of NSW, Moninya Roughan, says sea temperatures have been increasing over the last 80 years.

“On average, the oceans off south-east Australia are warming at the fastest rate on the planet,” she says. “We had some really strong heatwaves last year, exacerbated by the La Nina that we experienced.”

While Eden, in the state’s south, recorded sea temperatures as low as 17 degrees in November, Byron Bay was one of the warmest, at 23 degrees on Monday.

As summer approaches, Roughan says the East Australian Current will ramp up but that it’s difficult to pinpoint temperatures for specific areas. “The current strengthens and warms in summer because the sun heats it more,” she says. “But the Sydney-to-Eden region is quite complicated with warm and cold rotating bodies of water, and their evolution is harder to predict.”

The Bureau of Meteorology predicts above-average sea temperatures on the east coast over the next few months, but for the time being, beachgoers might still feel the chill. “It’s about one degree colder than average this month,” Roughan says. “A colder whirlpool is controlling the ocean circulation and temperatures from Forster to Jervis Bay.”

It might be too cold for some people, but Durrans isn’t bothered.

“At the start of summer, it’s usually still cold, and the water takes a while to heat up,” she says. “But it’s such a good feeling just jumping into the water, being refreshed and being able to swim around after all the rain.”