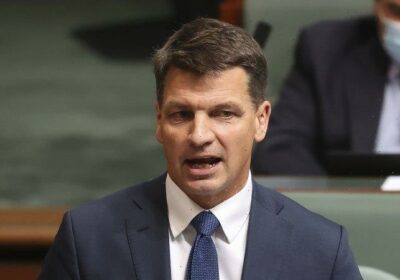 Energy Minister Angus Taylor will point to rising energy demand to justify spending $30 million on a new gas-fired power station backed by billionaire Andrew Forrest, but Parliament will be given a chance to block the spending.

Mr Taylor will confirm the spending on Tuesday while also releasing new figures showing the nation increased its use of gas by 4 per cent last year despite the pandemic and recession. 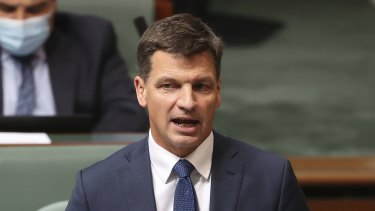 The $30 million grant will support a gas-fired power station proposed by Mr Forrest’s Squadron Energy for Port Kembla on the NSW coast, where the company also hopes to build a gas import terminal.

While the spending was part of an announcement in the May budget to support a “gas-fired recovery” across industry and resources, the new details reveal the grant will be authorised by a regulation that can be vetoed by Parliament.

Either chamber of Parliament could vote down the “disallowable instrument” to spend the money, setting up an opportunity for Labor, the Greens and crossbench to use their numbers in the Senate to block the investment.

The money would go to Australian Industrial Power, a division of Squadron Energy, to conduct early work on a 665 megawatt power station.

Another division of Squadron Energy, Australian Industrial Energy, has signed an agreement with NSW Ports in the hope of building a gas import terminal at Port Kembla amid doubts about the commercial development of the Pilliga gas field in the state’s north.

The Greens have called for a halt to new gas projects in order to hasten the move to renewable energy, while Labor has been divided on whether federal money should be used to build a $600 million gas-fired power station at Kurri Kurri in the NSW Hunter Valley.

Labor backbenchers including Joel Fitzgibbon and Meryl Swanson have supported the Kurri Kurri project, to be built by the government-owned Snowy Hydro, but energy spokesman Chris Bowen has questioned the use of taxpayer funds to back the project.

The government’s move on the Port Kembla project could set up a similar argument over gas in the state’s Illawarra region, a Labor heartland.

The Australian Energy Statistics to be released by Mr Taylor’s department on Tuesday show energy use fell 2.9 per cent last year, with oil consumption down by 7 per cent as a result of lower transport use in the pandemic.

Gas use rose 4 per cent across all sectors, ranging from residential to manufacturing to power generation.

Renewable electricity generation increased 15 per cent in the year, providing almost one quarter of total generation, thanks in part to a 42 per cent increase in solar power generation.