Showing her support. Lori Loughlin may not be in the Dancing With the Stars ballroom, but she’s still her daughter’s No. 1 fan, Olivia Jade Giannulli shared following the Monday, October 4, episode.

“Literally right after we got off the stage, I called her! She’s the biggest support ever. She’s really proud of me and I love her so much,” the influencer, 22, told Us Weekly and other reporters after Monday’s episode. “She’s, like, my hero. So it’s really nice to know she’s watching and she’s really proud. … Mama bear! She’s excited.”

Val Chmerkovskiy also noted how nice it is to see their bond each week.

“I’ve been teaching dance my whole life. I love teaching all ages. I think that’s part of the gift, seeing the kid come out and have a moment and really see the parents look at their kid, have that mold,” the professional dancer, 35, said. “I think that that’s really, for me at least, one of the biggest inspiration [and] motivation this season. I’m not even thinking about the trophy because for me, the win is nights like tonight, and [to see] a mother and daughter experience together.” 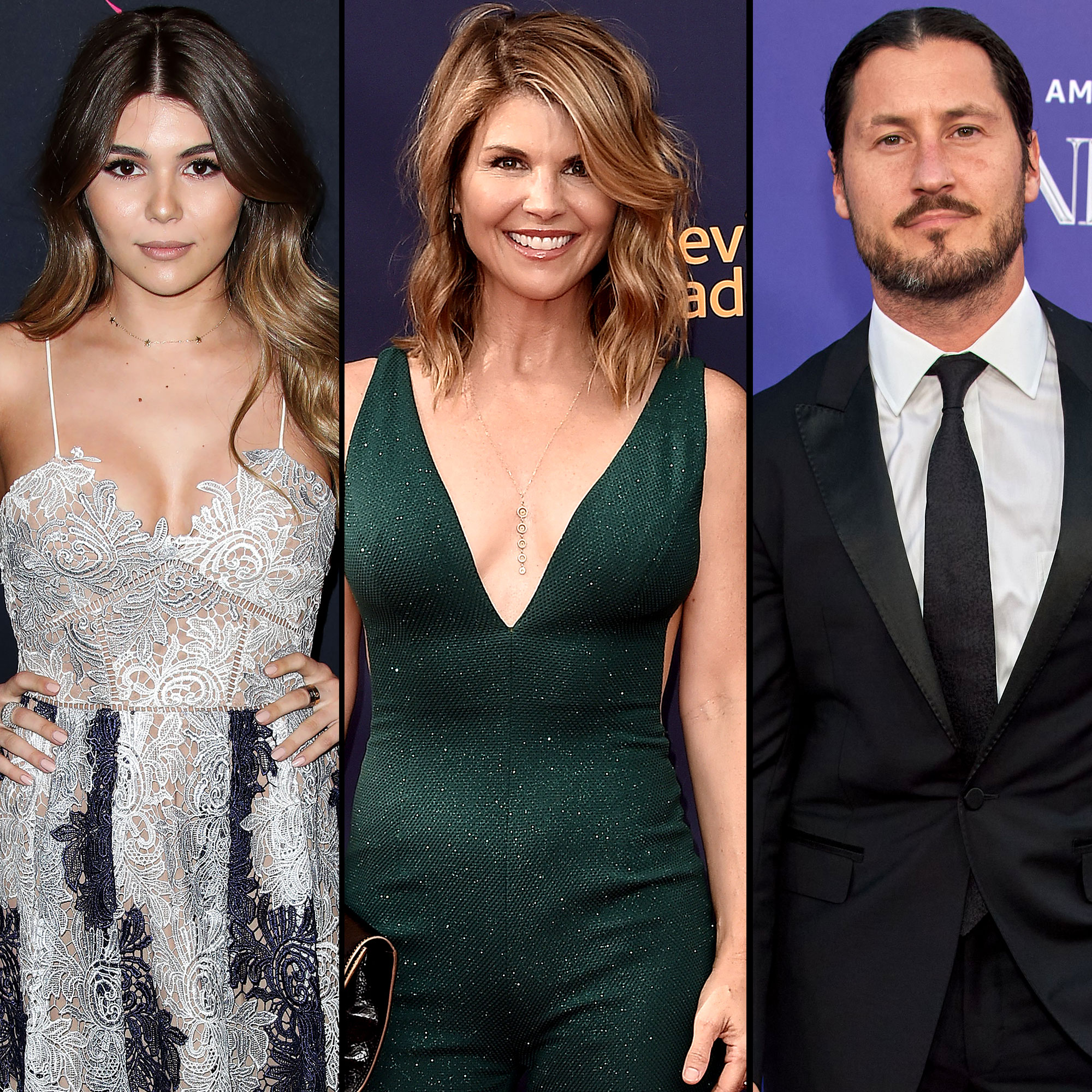 The YouTube star also joked that “Val has been trying to recruit” the Fuller House alum, 57, to do the reality competition series.

“I don’t know how many more seasons I got in me, but I’ll stick around [for her],” he said. “This is definitely going to be a hard act to follow!”

Two Years After the College Admissions Scandal: Where Are They Now?

Loughlin is set to make her acting return during the second season of When Hope Calls, the When Calls the Heart spinoff series on GAC. The actress, who will reprise her role as Abigail Stanton during When Hope Calls: A Country Christmas in December, was written off the original series after being indicted in the college admissions scandal in March 2019. She and husband Mossimo Giannulli, who were accused of paying bribes to ensure daughters Olivia Jade and Bella Giannulli would be admitted into USC, served two-month and five-month stints in jail, respectively.

During the intro package on Monday night, Olivia Jade admitted that it’s tough to share so much of her life after everything she’s been through.

Most Controversial ‘Dancing With the Stars’ Contestants

“I think honestly, it’s scary to be open and vulnerable in general,” she told Us following Britney Spears night. “I think [in] any situation and then knowing so many people watch and love this show and have so much respect for Val, who I look up to too. So it’s like, you want to make those people proud. I want to make him proud. There’s just pressure. So I think that’s why I feel a little bit of the heat, but hopefully, I’m making [him] proud.”

Dancing With the Stars airs on ABC Mondays at 8 p.m. ET.