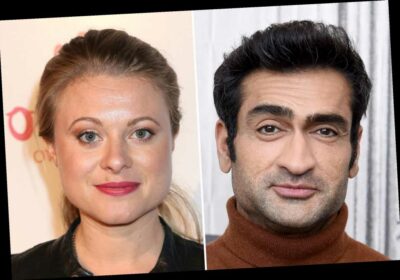 What’s in a nickname? Here’s the one Mitch McConnell actually embraces

Society6’s Star Wars art is way chicer than most collectibles

“Obi-Wan Kenobi,” the upcoming Disney+ series, added several new actors on Monday. Ewan McGregor was already set to return as the title character, and Hayden Christensen will play Anakin Skywalker (a k a Darth Vader) for the first time since 2005’s “Star Wars: Episode III — Revenge of the Sith.”

Also appearing on the TV show will be Bonnie Piesse, who played Luke Skywalker’s Aunt Beru in the prequel films, but who became better known as a survivor and critic of the NXIVM sex cult. She appeared on the HBO documentary series “The Vow.”

“Obi-Wan Kenobi” is one of 10 new “Star Wars” series dropping on Disney+ this year, alongside the popular “Mandalorian.” The show will be set 10 years after the events of “Star Wars: Episode III — Revenge of the Sith,” when Anakin Skywalker became the Sith Lord Darth Vader.

The series begins shooting in April, and its Disney+ premiere date has not yet been announced.