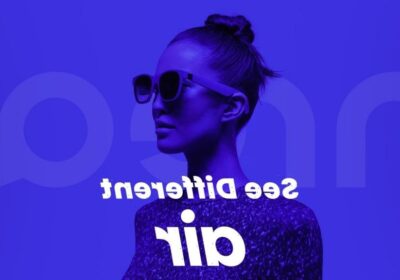 When smart glasses were developed and gained popularity in the early 2010s, many felt excited about the future of wearable technology. Over a decade later, there have been advancements and successes in the industry — but there is more innovation to deliver to consumers all around.

Nreal, a Beijing-based augmented reality (AR) technology company, has been developing mixed-reality wearables since 2017 that deliver the AR experience technophiles have waited for years to have. Unlike other competitors on the market, Nreal has focused on developing AR wearables that everyday people can afford and benefit from.

Not only are Nreal products readily available; they also don’t cost an arm and a leg. Nreal Air AR glasses retail at $379, making them affordable for all they have to offer. But what exactly do these glasses offer? Let’s take a look.

Nreal Air glasses provide users with a new way to interact with their workspaces and favorite entertainment media by transforming the on-the-go lifestyle. This is possible due to Nreal Air’s ability to deliver an experience equivalent to an Imax-sized 201-inch screen, while weighing only 2.79 ounces (79 grams). This screen can be used for virtually anything users can imagine, be it playing video games, streaming favorite shows, mirroring favorite devices or customizing a multi-screen workspace — all while in a cab, on public transport or in the office break room.

While there are solutions that offer such capabilities already, two main differences set Nreal Air apart: Their portability and their technical approach. The first of these is clear when looking at the Nreal Air, which appears to be a standard pair of sunglasses one would use on any normal day. The technical approach has to do with the fact that the Nreal Air is not a virtual reality (VR) device but an AR device — but that doesn’t mean it can’t act as one.

The difference between VR and AR is that the former aims to create an immersive experience separated from the real world, while the latter aims to augment users’ real world experiences. What this means in practice is that when using the Nreal Air, users will still be able to interact with the real world as they normally would, but with additional capabilities. If they want an even more immersive experience, they can just add the included light shield.

While the Steam Deck and Nintendo Switch are already supported on Nreal Air glasses, Nreal has announced that its glasses now also support PlayStation 5 and Xbox, offering gamers around the world a new way to level up their gameplay. With the increasing popularity of mobile and cloud gaming, the potential use cases and future innovation for the Nreal Air glasses are sure to increase due to the tools Nreal offers the developer community.

In recent years, Nreal has also doubled its efforts to be much more than an entertainment tool. This is reflected by the early peek the company offered into its support for macOS. Nreal Air is compatible with all MacBooks powered by Apple M1 chips, allowing Apple users to turn their devices into multi-screen on-the-go workstations and changing how they use them. Imagine checking into a hotel room with just a carry-on, but setting up a three-screen workstation within seconds. That’s what Nreal has made possible.

With talks about the metaverse and other immersive technologies ruling the world of tech, the time seems ripe for AR and VR devices to become easily available. Nreal is working to ensure not only that users are ready when the AR revolution becomes mainstream, but also that they can be a part of it anywhere and in style.