Home » Lifestyle » No Minister, the government does not get to avoid lockdown scrutiny

No Minister, the government does not get to avoid lockdown scrutiny 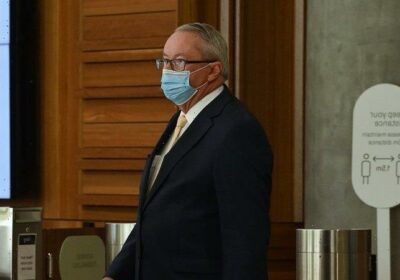 Health Minister Brad Hazzard sent a very clear – and concerning – message to millions of voters locked down across the state on Tuesday. The NSW government is too busy to be held to account.

Hazzard, one of the most experienced ministers in Macquarie Street, gave what was at times an unedifying performance at the NSW parliamentary’s inquiry into his government’s handling of this outbreak. 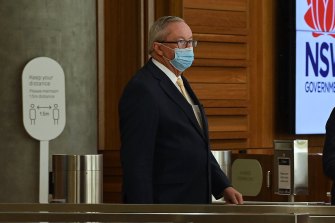 He agreed, along with the state’s chief health officer, Kerry Chant, to appear before the upper house committee to answer some very obvious questions. Did Sydney lock down quickly enough and what is our path out?

NSW parliament was cancelled this month, so their appearance was not an unreasonable request. No one doubts the pressure Hazzard and Chant are under, or indeed the long hours they have worked for months at a time.

However, it is unreasonable to suggest that significant government decisions which are affecting the lives and livelihoods of millions of taxpayers should not be questioned. That is the role of our elected representatives.

Hazzard made his annoyance at appearing before the committee abundantly clear, including speaking over committee members at times and interjecting as Chant answered questions directed to her.

Asked when preparations for lockdown began, Chant indicated she would need to check, before Hazzard jumped in. “I will answer the question because I am the minister,” he shot back.

The committee’s preference was to quiz Chant separately to Hazzard to stop his ability to hijack her answers. His performance showed exactly why the committee wanted it to proceed that way.

Committee inquiries are often forums for vigorous debate that can quickly descend into nasty slanging matches. Tuesday’s hearing was not like that, making Hazzard’s antagonism towards it unnecessary.

All committee members appropriately thanked Hazzard and Chant for their tireless work for the state during the pandemic. It was bipartisan and civil. Yet, Hazzard at times made it political.

Despite Premier Gladys Berejiklian previously acknowledging that she would be prepared for any documents relating to the health advice she received to be publicly released, Hazzard overruled his boss.

And with that, his performance has almost certainly provided the opposition and crossbench with the ammunition to convene the upper house to sit remotely next month. 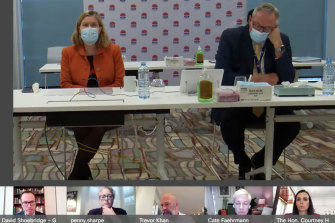 This would be a good development because the only other avenue for the government to be held to account is through the Premier’s daily press conference, which also often seem to irritate Hazzard and indeed Berejiklian.

Berejiklian, who often ends them when she deems she has answered enough questions, on Tuesday told journalists to stop shouting questions at her because “the people at home watching don’t like it”.

While many of us in the press pack often find the shouting unnecessary, the daily media conferences are not a vehicle to simply broadcast Berejiklian’s daily message unchecked. At the moment, the 11am conferences are the only way to hold the government to account. There are always more questions than time permits.

Sydney is in week seven of lockdown. Tuesday’s cases hit a new high of 356. There were four more deaths. As the days roll on with no end in sight, the government does not get to avoid scrutiny. In fact, it is more important than ever.