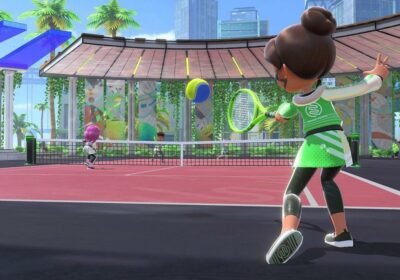 Nintendo Switch Sports has claimed its first broken TV. Within one day of the Nintendo game’s release, a Twitch streamer caught on camera the horrifying moment they accidentally threw their Joy-Con controller at their TV and smashed it. The incident has reminded many fans of Wii Sports, which had many viral cases of players flinging their Wii remotes at their screens. Here’s more on the Twitch streamer’s unfortunate experience — and how to prevent it from happening to you.

‘Nintendo Switch Sports’ is out now with 6 sports to play

The new iteration of Wii Sports on Nintendo Switch, aptly renamed Nintendo Switch Sports, was announced back in February during the first Nintendo Direct livestream of 2022. Much like the 2006 Wii game, Switch Sports includes a handful of motion-controlled games for players to compete in locally or online, either alone or with others.

Two of Wii Sports‘ popular games, bowling and tennis, have made a comeback in Switch Sports. Additionally, four others were added to the roster: chambara (sword fighting), volleyball, badminton, and soccer. Later this year, Nintendo will release an update to bring golf to the game — another Wii Sports classic.

Of course, Nintendo Switch Sports also comes with some modern updates that look a bit different from Wii Sports. For starters, Mii characters have mostly been replaced by new, fully-customizable, Splatoon-reminiscent characters called Sportsmates. However, players can still choose to compete as Miis. Plus, the game supports a leg strap, so players can use real kicks in soccer. 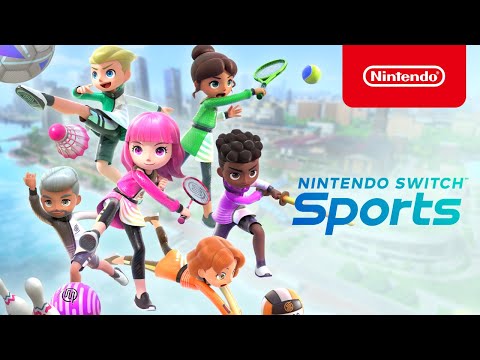 During Nintendo Switch Sports‘ inaugural weekend, Twitch streamer 63man filmed a game of tennis that they played with a set of AI opponents. The footage showed 63man holding both red and blue Joy-Cons in their hands as one of the AI players hit the ball over the net. As 63man swung the red Joy-Con to hit the tennis ball, the controller flew out of their hand. A loud crash could be heard as the streamer brought a hand to their mouth with a horrified expression.

As the game continued, 63man picked the camera up and turned it to the TV. The screen had been completely shattered on the left side, leaving only a black space. Earlier in the stream, 63man had mentioned that they didn’t have wrist straps, which attach to the Joy-Cons to ensure they don’t go flying through the air.

The footage of the incident ended up on the Live Stream Fail subreddit, where users shared their thoughts and advised 63man to invest in wrist straps.

“And this is why straps exist,” one person wrote.

Nintendo did warn Switch owners before Nintendo Switch Sports‘ release that they should always play with the wrist straps securely fastened to the Joy-Cons. The company wrote on Twitter (translated from Japanese):

“[For parents] For your safety, please accompany your child when playing Nintendo Switch Sports. Please be careful not to hit the children playing with each other or hit the Joy-Con on the TV.

Also, when playing Nintendo Switch Sports, attach the strap to Joy-Con and lock it, then tighten the stopper so that the strap does not come off your wrist, and squeeze it firmly.”

Back in the Wii days, many Wii Sports players also reported broken TVs. As VGC notes, it was such a common occurrence that “Nintendo offered to replace all controller straps with thicker versions to help prevent accidents during play.”

Nintendo also later released remote jackets so that players could have a better grip on the Wii remotes — and so the remotes would have some soft cushioning if they did go flying. Is history going to repeat itself with Nintendo Switch Sports?