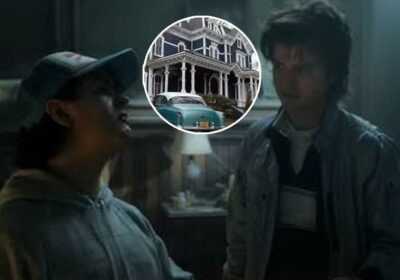 Fans were also treated to a sneak peak at the next “Bridgerton,” the “Ozark” final season trailer, title sequences for “Cowboy Bebop” and some huge surprise celebrity appearances.

Netflix’s Tudum finally arrived on Saturday to reveal the biggest and most exciting news in upcoming content for the streaming service.

The global fan event (named for the chime that plays during the Netflix title card) delivered exclusive trailers, clips and announcements from over 100 series, films and specials. A few of the tantalizing treats included the new “Stranger Things” 4 trailer, a first look at “The Sandman,” “The Witcher” news and a sneak peak at the second season of “Bridgerton.”

Keep scrolling for all the huge highlights from the virtual event.

Netflix unveiled it’s latest trailer for the fourth season of “Stranger Things.” Fans were introduced to the creepy Creel House, owned by Victor Creel (Robert Englund), who has been described as a “disturbed and intimidating man who is imprisoned in a psychiatric hospital for a gruesome murder in the 1950s,” per the streaming service. Could this be Victor we see in a series of flashbacks of the house where lights flicker, carcasses land on the front yard and the bodies of two children are strewn across the hallway? Just as those horrific images pass, guess who shows up to check out the house in the present day? Watch the terrifying trailer below!

We will add updates as they are revealed at TUDUM.