Netflix Reportedly in Talks With NBCU, Google on Deals for Ad-Supported Plan 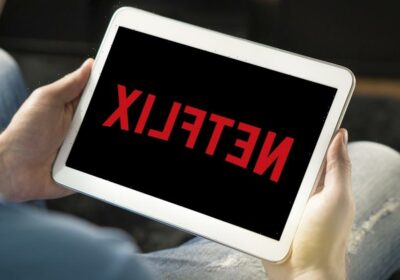 Netflix has made no secret that it would rely on third-party partners to roll into the ad-supported VOD space. Now word has emerged that Google and NBCUniversal are the top contenders to potentially land a coveted deal with the streamer to sell and serve ads for Netflix’s lower-cost plan with ads.

Google and Comcast’s NBCU are both pursuing an exclusive pact with Netflix for the forthcoming ad-supported streaming package, the Wall Street Journal reported this week, citing anonymous sources. That followed a similar report by CNBC that Netflix has met with Google, NBCU and Roku about marketing tie-ups and an unconfirmed report last week by the Information that Netflix was in talks with Comcast and Roku for ad-tech and sales deals.

Reps for Google and Comcast/NBCU declined to comment. According to a Netflix spokesperson, “We are still in the early days of deciding how to launch a lower-priced, ad-supported option and no decisions have been made.”

In a session at the Cannes Lions advertising conference Thursday, co-CEO Ted Sarandos, when asked which ad companies Netflix is in discussions with about partnerships, declined to be specific. “We’re talking to all of them right now,” replied Sarandos, as reported by Reuters. He added, “What we do at first will not be representative of what the product will be ultimately. I want our product to be better than TV.”

Co-CEO Reed Hastings previously indicated that Netflix would work with advertising partners to launch the service. “We can be a straight publisher and have other people do all of the fancy ad-matching and integrate all the data about people,” Hastings said in the company’s Q1 interview in April. “So we can stay out of that and really be focused on our members creating that great experience and then again, getting monetized in a first-class way by a range of different companies who offer that service.”

Netflix is targeting the fourth quarter of 2022 to launch the ad-supported plan, the New York Times reported last month. There are no details as yet about pricing of the tier, except that it would be lower than Netflix’s ad-free services.

Analysts are bullish on Netflix’s prospects in the ad market. The streamer could see ad revenue quickly ramp from $150 million in 2023 to $1.8 billion in 2025, per a forecast model by MoffettNathanson.

Netflix has the leading share among streaming services in terms of time spent viewing in the U.S., per Nielsen, and that “clearly can lead to some high projections of potential advertising revenues,” MoffettNathanson principal analyst Michael Nathanson wrote in a June 14 research note. The firm’s model assumes Netflix will initially be able to sell ads on 50% of its content. “However, we believe the company is already striking early deals with media companies and we would expect Netflix should be able to sell advertising against the vast majority (80% estimate) of content on the service by 2025,” Nathanson wrote.

Separately, Netflix — seeking to cut costs amid the subscriber pullback — on Thursday said it laid off 300 employees, as first reported by Variety. That came after it pink-slipped about 150 staffers in May.

VIP+ Analysis: What the Changing Market Means for Streamers