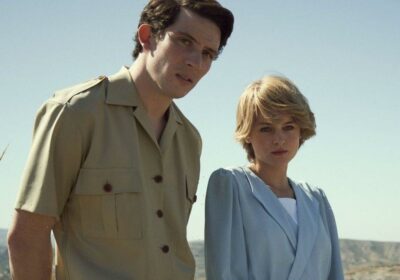 U.S. streaming services, including Netflix, Amazon, and Disney+, are poised to face increased scrutiny from UK media regulator Ofcom under plans being drawn up by Boris Johnson’s government.

The Daily Telegraph and The Times Of London were briefed on the proposals, which could see the streamers become part of the same regulatory regime as their British television counterparts, including the BBC, ITV, and Channel 4.

There was little detail on how Ofcom’s powers will be beefed up, but the newspapers said the UK government will set out more in a white paper this week, which will pave the way for the biggest shake-up in broadcasting laws since in 18 years. Deadline has contacted the Department for Digital, Culture, Media and Sport for comment.

Ofcom holds British broadcasters to certain standards on impartiality, fairness, and harm and offence, but the likes of Netflix and Amazon do not fall under its remit. Netflix, for example, is regulated in the Netherlands, its European headquarters.

In a quote carried by both The Telegraph and The Times, a government source said: “UK broadcasters are having to compete with these giants with one hand tied behind their backs. The companies have deep pockets and go largely unregulated, leaving them free to impose their interpretation of British life.

“The rules governing the way broadcasters operate were written for an analogue age. They are not fit for purpose in an era of smart TVs, streaming and on-demand programming.

“With the pace of change and the increase in global competition, the Culture Secretary feels it is time to look at how we can level the playing field between broadcasters and video-on-demand services and make sure the UK’s broadcasting landscape is fit for the 21st century.”

UK public service broadcasters are fighting for relevance in a market increasingly dominated by U.S. media giants, whose libraries are enriched by shows that started life on British TV, including Peaky Blinders, Fleabag, The End of the F***ing World, and Unforgotten.