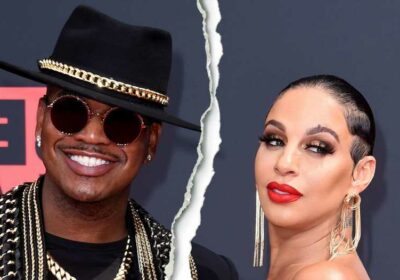 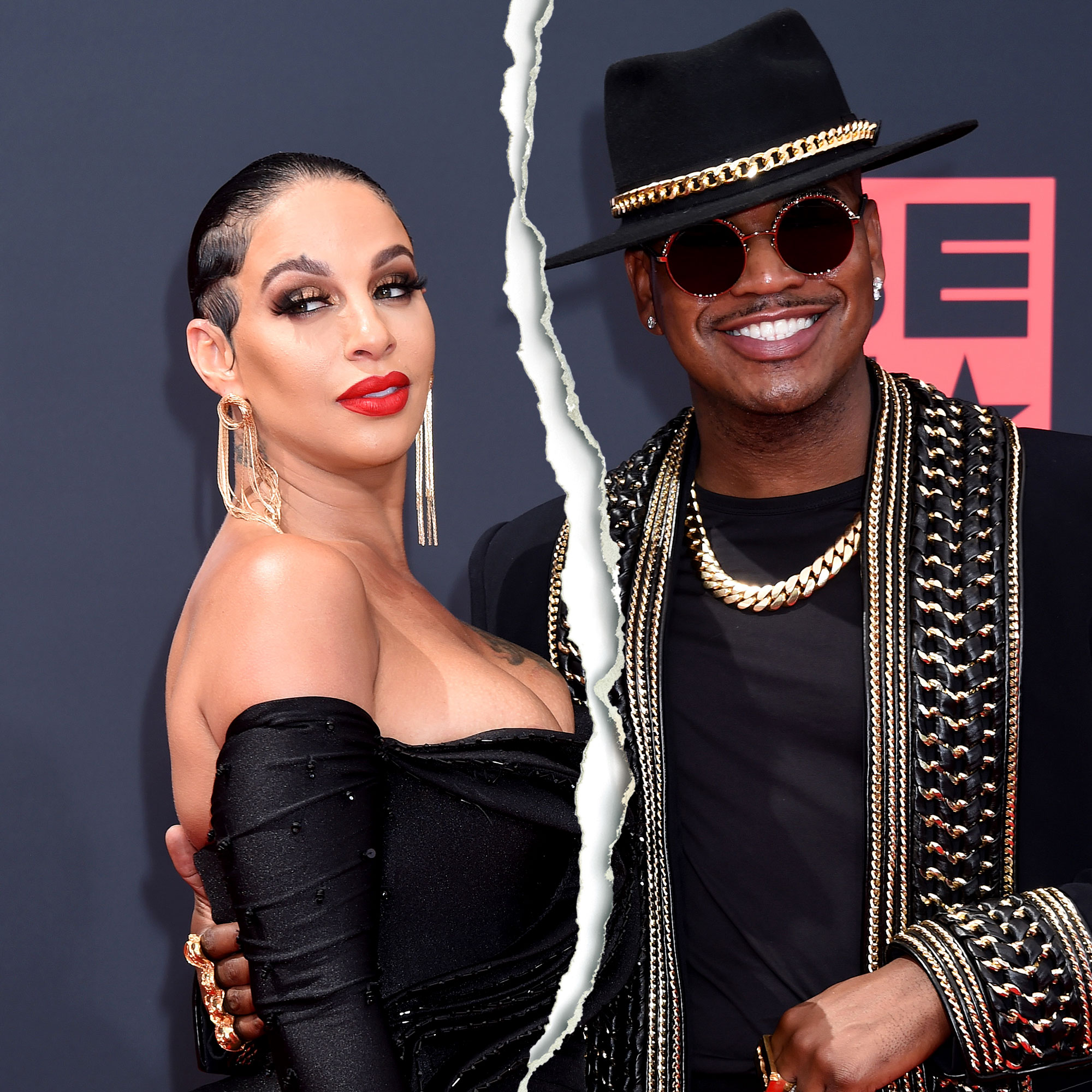 It’s over. Ne-Yo’s estranged wife, Crystal Renay, has officially filed for divorce after accusing the “Miss Independent” singer of cheating.

Celebrities Who Split in 2022

Renay, 36, filed the paperwork in Georgia on Monday, August 1, according to court documents obtained by Us Weekly. The duo separated “on or about July 22, 2022, and since that date have continuously lived in a bona fide state of separation,” per the paperwork.

The mother of three argued that she is “entitled to a divorce from [Ne-Yo] upon the ground that the marriage is irretrievably broken with no hope for reconciliation.” She further alleged in the docs that the “She Knows” crooner, 42, “committed the act of adultery.”

Renay went on to claim that Ne-Yo “recently fathered a minor child with his paramour.” She asked the court for primary physical custody of their children — Shaffer, 6, Roman, 3, and Isabella, 13 months — and to share joint legal custody. Renay is also seeking temporary and permanent alimony as well as a “sufficient amount of child support.”

The divorce filing came just days after Renay publicly claimed on July 30 that Ne-Yo (real name Shaffer Chimere Smith) had been unfaithful during their marriage.

The model alleged in an emotional Instagram post that she endured eight years of “unknowingly” sharing the musician with “numerous women.”

“To say I’m heartbroken and disgusted is [an] understatement,” Renay wrote at the time. “To ask me to stay and accept it is absolutely insane. The mentality of a narcissist.” 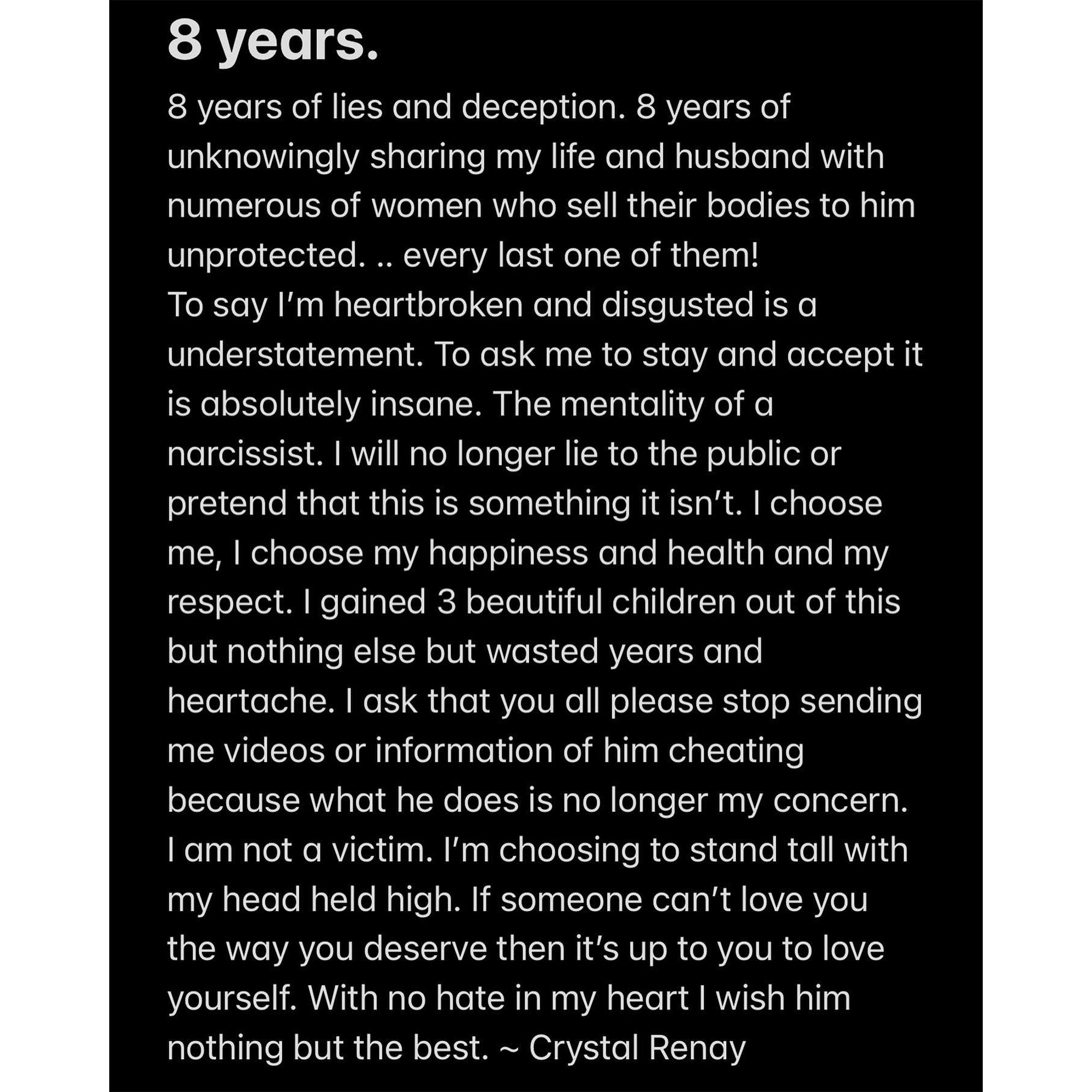 She added in her post: “I will no longer lie to the public or pretend that this is something it isn’t. I choose me, I choose my happiness and health and my respect. I gained 3 beautiful children out of this but nothing else but wasted years and heartache.”

Ne-Yo, who wed Renay in 2016 after two years of dating, addressed his estranged wife’s claims via Twitter the next day.

“For the sake of our children, my family and I will work through our challenges behind closed doors. Personal matters are not meant to be addressed and dissected in public forums,” he wrote. “I simply ask that you please respect me and my family’s privacy at this time.”

It’s not the first time the Arkansas native and the influencer decided to call it quits. The estranged couple announced their first separation in February 2020.

“It’s slowly but surely becoming public knowledge that myself and my wife have decided to go ahead and get a divorce,” the World of Dance mentor — who also coparents two children with ex-fiancée Monyetta Shaw — said on the “Private Talk With Alexis Texas” podcast at the time.

He continued: “It’s not a sad thing, it’s more of us realizing that — long story short, I’m never gonna talk bad about her. I’m not that person. There’s nothing bad to say about her. She’s a fantastic woman. She’s the mother of my children and she’s always gonna be that and I will always respect her.”

The duo, however, ultimately forwent that decision and instead decided to renew their wedding vows in an elaborate Las Vegas ceremony in April. “💍Again…🤴🏿👸🏽,” the “Because of You” performer captioned an Instagram post at the time.

Speaking with ESSENCE in 2021, Ne-Yo noted how the coronavirus pandemic ended up making the pair stronger as a couple.

“The [quarantine] made us face the conflict [of our marriage] head on and what that did is basically strengthen us because now, I don’t have to pull punches when I talk to you,” he noted to the outlet at the time. “You know exactly where I stand. I know exactly where you stand and through that we’ve decided to keep going and it’s a more genuine feel to what it is we’re doing now. It’s still a learning process, of course.”