NBCUniversal to Shut Down Olympic Channel As Sports Migrate to Streaming 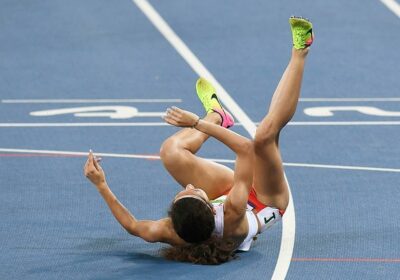 A second NBCUniversal sports cable outlet is getting ready to finish its game.

NBCUniversal has notified cable and satellite operators that it intends to shut down its Olympic Channel, devoted largely to content associated with U.S. Olympic athletes, on September 30, according to a company spokesperson. The decision follows the company’s scuttling of NBCSN, the company’s longtime sports outlet on cable, at the end of 2021.

“In order to best reach our target audiences, we are reevaluating our programming distribution strategy regarding the content that currently airs on Olympic Channel: Home of Team USA with our partners at the IOC and USOPC,” NBCU said in a statement. “We will be announcing our exciting new plans for Olympic content in the fall.”

Even in an era when many consumers have migrated away from traditional TV to on-demand streaming video, sports telecasts continue to generate the large, live audiences that TV networks and advertisers crave. As such, sports-rights packages are being deployed more strategically. Rather than placing most sports matches on niche cable outlets, big media companies have begun to use sports on some of their biggest cable networks as well as on their new streaming properties, in the hope they can snare bigger viewership numbers for venues that have better economic prospects.

Disney will put some new games from a package with the start-up football league XFL on FX. Warner Bros. Discovery’s TNT has filled much of its early-year primetime schedule with NBA and NHL matches.  And NBCU’s USA is taking on more golf and Nascar.

The network was seen as place to help burnish connections with the International Olympic Committee and U.S. Olympic Committee.  NBCU has rights to broadcast the Olympics through 2032 and has spent billions to secure its ties to the global extravaganza, even as the power of the event has started to wane as media use becomes more fragmented.  NBCU and its parent, Comcast, are int the midst of a $7.75 billion deal that gives the companies U.S. broadcast rights for the Olympics between 2021 and 2032.