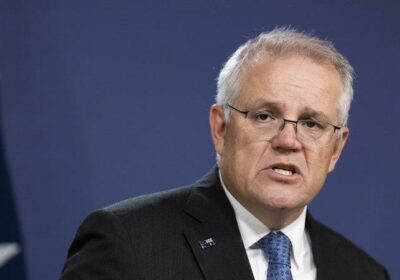 Prime Minister Scott Morrison has announced new restrictions on travel to and from India and changes to the coronavirus vaccination rollout.

All states and territories agreed to bring forward the vaccination start date for Australians over 50 who fall outside of the 1A and 1B categories.

Those over 50 outside 1A and 1B will now be able to get an AstraZeneca vaccine at respiratory clinics from May 3, and at GPs from May 17.

Mr Morrison made the announcement after Thursday’s meeting of national cabinet.

National cabinet has agreed on strict new measures on travel from India after an alarming surge in the number cases in the country.

“We will be reducing by some 30 per cent the numbers coming through our chartered services in the months ahead,” Mr Morrison said.

“We will also be limiting the departure exceptions for Australians travelling to high-risk countries.

“So those who may have been going for sadly, family event such as weddings or sadly funerals, these were things that were restricted in Australia for Australians, in this country.

“Regrettably there are some exemptions that are provided in these circumstances and we’ll be instructing the Border Force to ensure only in very urgent circumstances would an exemption be permitted for someone to travel to a high risk country.”

Earlier on Thursday, Western Australian Premier Mark McGowan called for the suspension of travel from India after an outbreak in a quarantine hotel in Perth.

Mr Morrison did not specify all countries that would be included on the government’s list of high-risk countries, but suggested it may be similar to that of the United Kingdom’s.

“The chief medical officer working with others and DFAT will be seeking to put a list of high risk countries in place,” he said.

Those who have been in a high-risk country in the previous 14 days will now need to have completed a test 72 hours before leaving their last destination.

Mr Morrison said that meant anyone travelling from India via Singapore for example, would need to have a test 72 hours before their final flight departs Singapore for Australia.

Mr Morrison denied that the moves to further restrict travel for Australians trying to return from India reflected a lack of faith in the country’s hotel quarantine system.

He said authorities “could not ignore” the fact that 40 per cent of positive cases in the hotel quarantine system were now from India.

“It reflects that we’re in the middle of a global pandemic that is raging,” he said.

“Australians are living like few others anywhere else in the world. We take those border arrangements very seriously. This is a way of matching that risk.”

Mr Morrison also revealed that his mother had now had her vaccination shot.