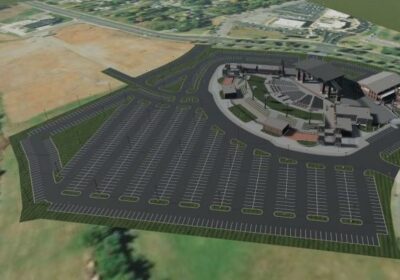 For music fans in Music City, it’s a weekend of sad and possibly promising news. Developers have announced a plan to build a $40 million amphitheater and adjacent entertainment complex in Murfreesboro, a city within easy driving range of Nashville.

That may or may not assuage any of the letdown that Nashvillians are feeling over the closure this week a venue complex that has been an integral part of the city’s music scene for 19 years, with the Mercy Lounge, Cannery Ballroom and High Watt all going dark after the operator and landlord couldn’t come to terms. Lilly Hiatt played the final show at the Mercy Lounge Thursday night.

On the bigger and brighter side, the planned Murfreesboro development is to be called the Sunset Music Colosseum on the River, with a 4,500-seat outdoor concert venue, the Sunset Amphitheatre, as its anchor, and a 1,400-capacity space, Boot Barn Hall, as its indoor sidekick.

If built as planned, the Sunset complex will give the greater Nashville area three fixed amphitheaters, where as recently as eight years ago there were none. Generations of central Tennesseans grew up seeing major acts at the Starwood Amphitheatre, but after that venue closed in 2007, there were no opportunities to see a season of outdoor shows in the area until the Ascend Amphitheater opened in downtown Nashville in 2015. The Ascend, operated by Live Nation, has a capacity of 6,800. In nearby Franklin, the FirstBank Amphitheater opened last year with a capacity of 7,500. It’s not immediately clear whether the Sunset — located about 45 minutes from Nashville — will be competing for the same talent as the Ascend and FirstBank facilities, but the announcement for the new complex promises “large touring acts.”

The new development in Murfreesboro is being announced by Notes Live — a relatively new player in the concert space — and would be the company’s third such project in a mid-sized market. Notes Live recently announced what it considers its “crown jewel,” an 8,000-person venue, also to be called the Sunset, for Colorado Springs, with plans to proceed with similar amphitheater-based complexes in the Atlanta, Florida and North Texas areas.

JW Roth, the founder-CEO of Notes Live, is promising that “Live From Murfreesboro” will be “a household name in every living room in America.” That’s due to his plans to make the venue a base for regular livestreaming events. “We love Murfreesboro and plan to build one of the most luxurious music campuses in the country,” Roth said in a statement.

The city of Murfreesboro, which has previously not been a live-music draw for Nashvillians or anyone else, is all-in on the project. “This potential public-private partnership announcement definitely fits our long-term vision for the city,” said Craig Tindall, the city manager, in a statement. “Murfreesboro civic leaders have long set sights on an amphitheater within the city as part of park development including a tentative design on the same property. Music industry professionals have indicated to developers the excitement about Notes Live plans and the belief in its success. The additional media platforms planned to grow from the venues will be an important aspect in meeting the city’s future economic objectives.”

With few opportunities to develop new music venues within the Nashville city limits, nearby cities have been looking to take up some of that slack. Besides the 2021 opening of Franklin’s new amphitheater, the city of Madison will be getting a new 1,000-capacity indoor space, called Timberhawk Hall, next year.

The possibility of having three amphitheaters in the area by next year will seem ironic to many Nashville residents, who for years wondered if anything would be built to replace the Starwood as an outdoor venue. After that facility closed in 2007, and was eventually demolished, planned developments and even a possible return to music fell through, and the land has continued to be empty since it was sold for $5.5 million in a foreclosure sale in 2013.

Meanwhile, things are very much in flux for Nashville’s club scene, with the Mercy Lounge, Cannery Ballroom and High Watt all closing their doors after this weekend. The company that owns the complex has promised to reopen those spaces under its own auspices. Property management company DZL bought the former warehouse complex with another company in 2019 for $32 million and became the sole owner a. year later. Todd Ohlhauser, the operator of the Mercy Lounge and the two adjacent clubs, told reporters they could not agree on a new lease with DZL.

This disruption in Nashville’s club scene could be compounded, with the city’s other most venerable clubs also facing uncertain futures with their owners as leases come up for renewal. The club 3rd & Lindsley may be forced to move, and the future remains uncertain for the venerable Exit/In.

WPLN, Nashville’s NPR station, got a statement from a general manager DZL is bringing in for the soon-to-be former Mercy Lounge complex, Brent Hyams, who indicated the clubs could reopen this summer under the owners’ auspices and under new names.  “This is a legacy opportunity for me as someone who has both been a fan of the Cannery and worked within Nashville’s music industry,” Brent Hyams said in the statement. “We all have great memories from these venues — we’re here to keep the unforgettable moments going and carry on a part of what makes Music City authentic and special.”

Chris Cobb, head of an independent venue association, Music Venue Alliance Nashville, and also the operator of the endangered Exit/In, expressed pessimism. “If the concern were what was best for Mercy Lounge and what’s best for Nashville, then the operator who’s been there for 18 years — since the very beginning and founding of the venue — is obviously the best person for the job,” Cobb told WPLN.

Ohlhauser had promised, when news of the shuttering of the Mercy Lounge first got out, that the venues would reopen in some form in a new location. But nothing like that is immediately on the horizon, as prospects for relocating were described in the Nashville Scene as “discouraging.”

“I don’t want to sink a bunch of money into renovating a space and then be back where I am right now,” Ohlhauser told  the Scene. “So really, I think I need to find a space to buy rather than lease, and that’s been difficult. I’m probably going to have to start looking further out from the downtown core or even perhaps another market. … You keep reading about buildings being sold, and then six months later they’re sold again for twice as much. And it just gets to the point where you can’t make it work.”