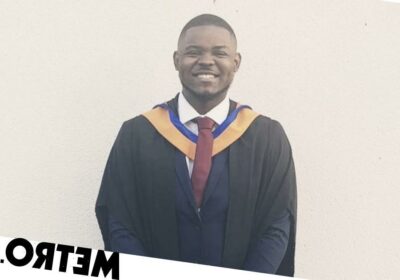 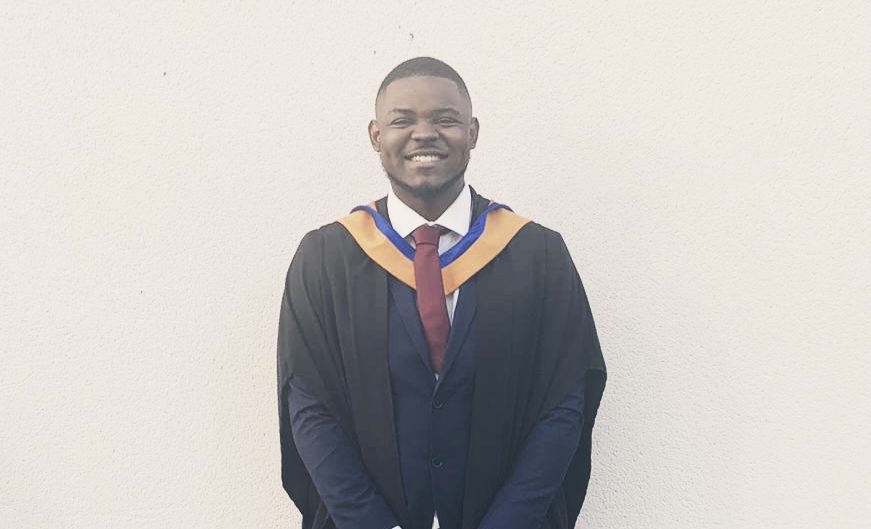 The moment two paramedics said there was nothing more they could do and that my brother Justin had died, my mum, sister and I started crying uncontrollably.

His death didn’t feel real. It was like a dream and I was waiting for someone to wake me up.

We didn’t know it at the time, but our collective grief would bring us all together and make us appreciate our own lives. Nothing can prepare you for the death of a sibling though – especially if it’s sudden and they’re young.

One Sunday evening in May 2020, I was watching the news when I got a call from my sister, Julie, in hysterics. She was screaming down the phone that my brother Justin couldn’t breathe.

I live about a 20 minute drive from my mum’s house in New Cross – where my brother, sister and mum live together. While I was trying to calm my sister down, I got my keys, any shoes I could find and got into my car.

On the drive over, I called my dad – who lives two hours away – to tell him that Justin was in a severe condition. Then I called back Julie to try to reassure her and my mum that the paramedics – who had since arrived on the scene – would save him.

When I got to my mum’s house, I saw two ambulances outside. As I walked in, my mum and sister were crying and in shock.

I immediately saw my brother lying on the landing upstairs and the paramedics were working on him – giving him CPR, oxygen – but he wasn’t responding to anything. I got so emotional when I saw him like that – a fit 25 year old – how had this happened to him?

The paramedics spent a long time on him – about an hour. Then our worst fears were confirmed – they came down again and said there was nothing they could do and that he had died.

Nothing felt real. I was present, but this didn’t feel like this was actually happening.

The paramedics didn’t tell us the cause of death. They just said that no oxygen was getting through his body and when they tried CPR and used a defibrillator, it had no effect.

We later found out that Justin died of pulmonary embolism – he had a blood clot in his lungs. It’s something that isn’t really common with young people.

He had no prior symptoms and actually had never been to hospital before. On the surface, he was healthy.

I’ve since done research and have seen that your legs can start to swell and you can’t move, but none of the symptoms – like sudden shortness of breath, chest pain, dizziness, lightheadedness, fainting, or coughing – that I read about had happened to him. It was so sudden.

After we were told Justin had died, I jumped into action and reassured my mother, Julie and father that I was going to organise the funeral. As the oldest child in the family, I felt like that was my responsibility. I was in fight or flight mode.

Taking on this role helped bring my family together as they could just focus on grieving while I organised the funeral director, cemetery, flowers, coffin, how we would livestream the funeral, guest list and more.

In the end, we needed to work together to make sure Justin had the best send off possible.

The funeral was during lockdown and it was a hard pill to swallow that only 10 people were allowed to attend the cemetery. The rest had to tune into a livestream, which felt really impersonal.

As the funeral was happening, I could see the breakdown of all of my family members – my mum, dad, sister, aunts, and cousins. No one could believe what was happening.

When Justin died, it felt like we all experienced a renewed love and appreciation for each other.

One of the hardest moments in this period was viewing my brother’s body in the funeral home. We all got emotional, and I’ve never seen my dad cry like that before.

Even though my mum and dad are separated, it was at this moment that I really saw a connection between them. Julie and I bonded more than we have ever before and we became much closer.

His death affected us all in other indirect ways too.

My family are not really ones to say ‘I love you’ and I didn’t really get that a lot growing up. But after my brother’s death, my now says she loves me after every phone call, and I say it back. It’s something we do across our family now.

We are also all much more present when we are with each other. Sometimes when you’re with your family, you don’t really appreciate the time you spend with them – you might be on your phone scrolling through Twitter or Instagram.

We go out to dinners more and talk like friends, rather than just my mum and dad. We are also planning a family holiday at the end of this year. We are much more open with each other about everything. I make sure I speak to my mum on the phone more often, and see how she really is.

I make it a priority to see my family at least once a week without fail. We have also unified around the foundation we launched in Justin’s memory, which aims to provide grants, support, and tools to empower young individuals to reach their full potential.

Justin was a bubbly character. I called him a social introvert because he liked his own time but was always the life of the party when he was in a social setting.

He was very ambitious and wanted to achieve a lot in life and help people in their careers, that’s why he chose a career in HR. The age gap between us is six years, and we were close.

We would banter all the time especially because I supported Manchester United and he supported Arsenal. I didn’t know until he died but his friends told me how much he looked up to me, which made me shed a tear.

This experience has taught me that life is about the impact you have on others – like your family, friends, colleagues, strangers. People will always remember how you made them feel.

I will continue to understand my family’s love language and cater to that, communicate often, be present when I’m with them and explore new experiences together.

As a family, we are closer, we spend more time together and we’re more appreciative of each other and the people around us.

Justin’s death was a stark reminder of how important family is, and how much we should love and cherish each other.