Prince Harry and Meghan Markle welcomed their first child into the world this week.

The happy couple named their son Archie Harrison Mountbatten-Windsor – a moniker that has lots of meaning behind it.

While many praised the royals’ for their baby name choice, some commenters admitted they weren’t a fan of it.

Cruel Mumsnet users accused the Duke and Duchess of Sussex for picking something “chavvy” and “underused”.

In a recent Mumsnet thread, parents passed their verdict on the royal baby name.

The majority gushed about the moniker, which is slightly quirkier than some were expecting.

Another said: “Love it.”

A third added: “It’s lovely and the baby looks adorable.” 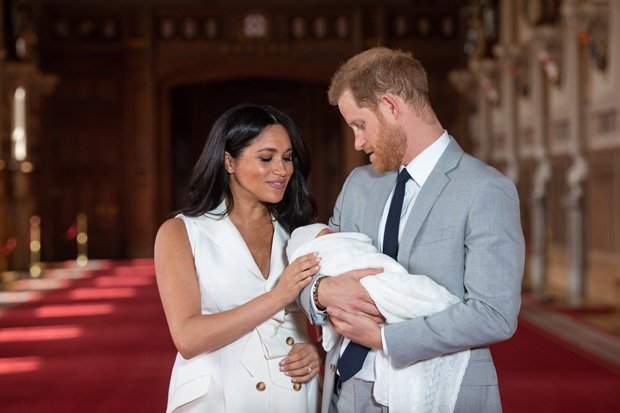 While dozens of Mumsnetters praised the royals’ choice, others weren’t sold on it.

Some argued “Archie” sounds too much like a pet name.

One responder remarked: “Not really a royal name, never really been a fan of the name Archie it sounds like a pet name.”

A second jibed: “I know loads of Archie’s, mainly spaniels and terriers.”

Another joked: “They’ve named him after our friend’s dog.”

Other trolls took things a step further by branding the moniker “common” and “chavvy”.

“Countless men with Archie emblazoned across their chest.”

Another blasted: “Archie is unbelievably popular common round our neck of the woods and snob I may be but surnames as first names is common to me.”