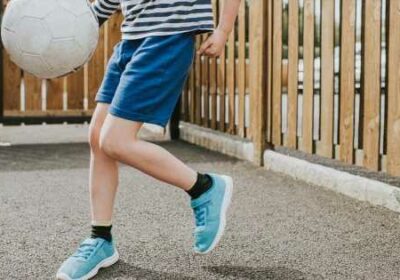 With the glimmers of summer starting to make an appearance, more kids will be playing outside in the sun.

Inevitably, this means that giggles and playful screaming will become part of the everyday backdrop of life.

But one neighbour is not keen on all the noise and so decided to pen a brutal note to a mum on their street.

She whinged at the parent and urged her children to stop playing outside “so loudly” – but her letter has really divided opinion online.

Posted to the Western Australian Incident Page on Facebook by someone named Sophie, the note reads: “Hello number 19, you just moved into our street, to which we are hoping you listen to our concerns.

“Your kids are kicking the footy which at times they get so rowdy they wake us all up. There are a few shift workers in this street whom are affected.

"Your direct neighbours are not happy as the footy bangs against the fence and this makes their dogs bark, which then wakes up the whole street.

"Could you please be quieter and respect us. We would prefer not to get outside agencies involved.”

However, the noise complaint was not the only matter for the new family who just moved on the streets.

The neighbour also pointed out another potential problem.

She continued: "Also you have a caravan on the property with someone living in it.

"You need permission from the council. Thank you, your neighbours,” they expressed.

Having racked up nearly 2,000 reactions on Facebook, many people fled to the comments to defend the mum and her playful children.

One person commented: “How great your kids play outside in the fresh air and not on screens all day. You don’t need permission from any authorities for your kids to play.”

Another user mocked: “How dare your children have fun outside. Bring them inside and sit them down in front of technology and keep them quiet. Some people.”

A third person voiced: “I am a shift worker and I would never complain about kids paying on the street. Let them enjoy their childhood.”

Despite a barrage of users defending the mum and kids – some people took the side of the disgruntled neighbour.

One user slammed: “I think anything hitting the fence repeatedly would be annoying to any human being, a bit of respect goes a long way.

"Kids have all the right to play in their own homes but there is no need to hit the fence all the time to have fun.”

Someone else said: “It's a polite and reasonable letter. Just requires that the parents have a couple of words with the kids.”

And, this user declared: “All depends on what time kids are out playing. I had neighbours kids out at 6am jumping on trampoline.”

Let us know in the comments what you think of the note – was the complaining neighbour in the right?