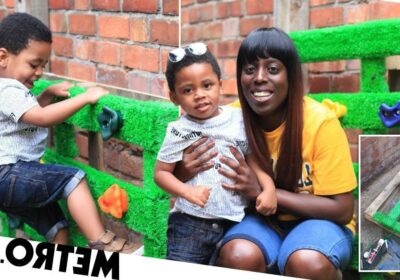 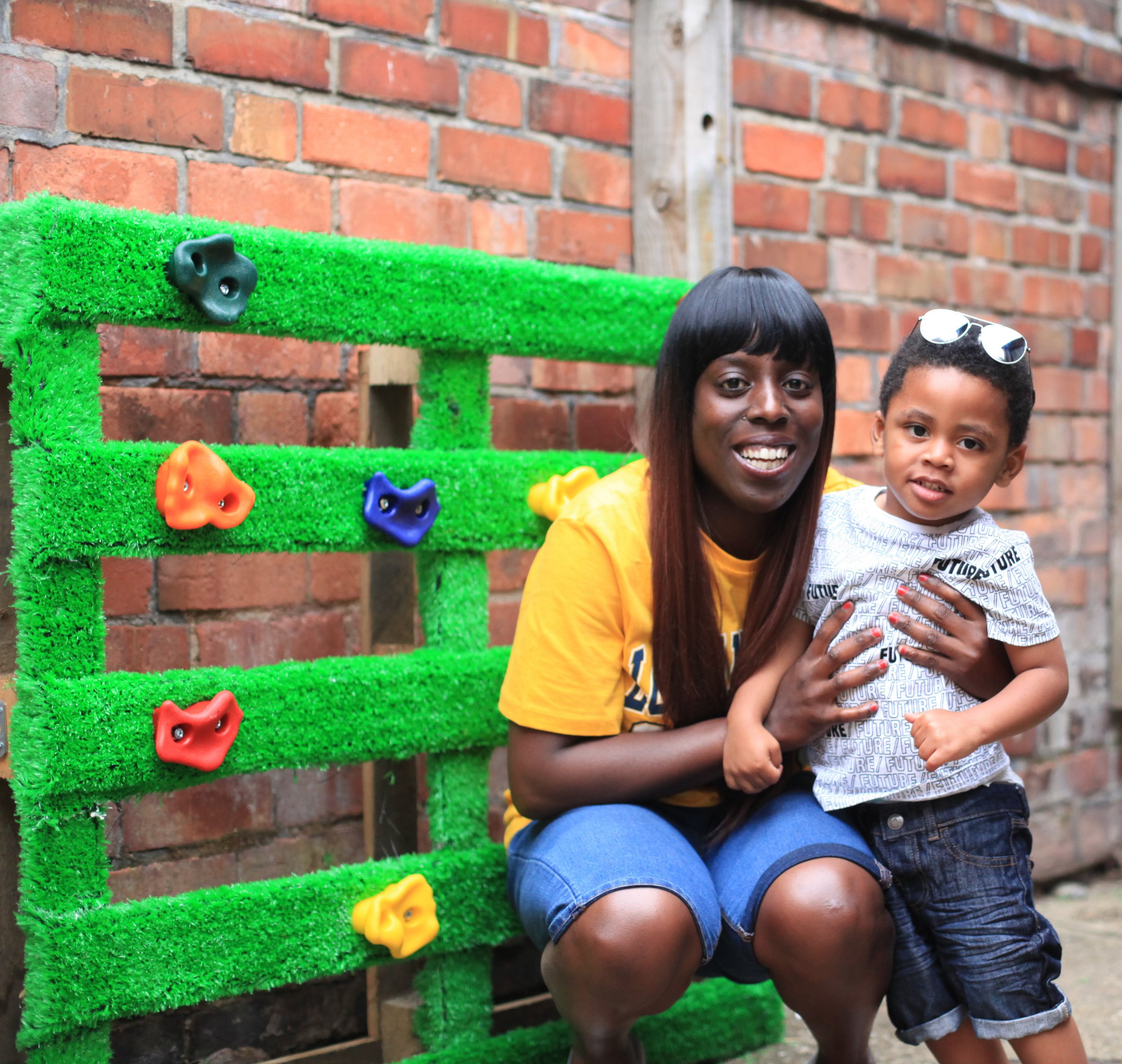 A mum has made a £16 climbing wall for her adventurous son – in a bid to keep him from climbing on the sofa.

Cherry Johnson, 31, from Nottingham, noticed her two-year-old son, Cairo, clambering around on her furniture and enjoying the climbing wall at their local park, and decided to create something for him to use at home.

Needing the makeshift wall to fit in her small courtyard, the craft-lover decided to utilise a spare pallet and some artificial grass left over from an earlier project.

She had been holding on to them both to create a flower display – but saw a better use for active Cairo.

Cherry started off by sanding down the pallet to remove any sharp edges, before measuring and cutting strips of artificial grass off.

She stuck them down on the board with exterior glue, and drilled holes in the pallet for the climbing rocks to be placed and attached.

She then attached it to the wall post to make it extra secure using large, heavy-duty L-plates.

She also added a safety mat and playground bell for Cairo to ring when he reached the top of the frame.

The project took two days to complete as she had to ensure all the material was dry – but she had a helping hand.

Cherry said: ‘At first Cairo had no idea what I was doing, he was just happy to help.

‘Cairo has loved the whole process of watching me do DIY – he has helped along the way with handing me tools when asked, like the hammer or Allen key, he can now name every tool used.

‘In fact, the very next day after the project was completed, Cairo woke up asking for his drill. He thought we were going to do more building.

‘He thoroughly enjoys his climbing frame and thinks it is so cool, especially being able to pretend to be Nottingham’s very own superhero Spiderman.’

Cherry also ensured the frame was attached and removed easily in case she moves house – wanting to make good use of the climbing frame for years to come.

She shared the fruits of her labour on Facebook, where people loved the creative idea.

One person said: ‘Way to get creative! Love this!’

Someone else added: ‘What a great idea. You can always place the foam mats under for safety.’