Home » Lifestyle » Morrison talks with Pence, Pompeo but not Trump

Morrison talks with Pence, Pompeo but not Trump 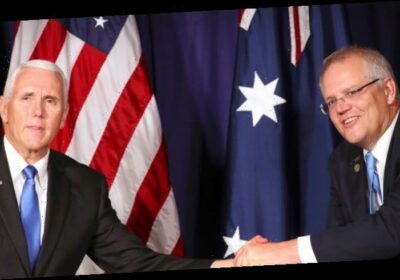 Prime Minister Scott Morrison has this week reached out to two key members of Donald Trump's administration but has no plans to talk to the outgoing United States President.

Mr Morrison on Tuesday morning spoke by phone with US Vice-President Mike Pence from Longreach as he began his four-day tour of regional Queensland. 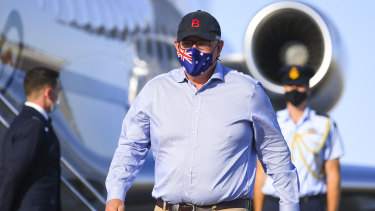 The Prime Minister will travel throughout western Queensland over the coming days before leaving Queensland on Friday.Credit:AAP

It followed a phone conversation on Monday night with US Secretary of State Mike Pompeo.

Both Mr Pence and Mr Pompeo could be candidates to be the next Republican nominee for US president in 2024.

Mr Morrison has not spoken to Mr Trump since before November's presidential election and has no plans to reach out, according to government sources.

The Prime Minister on Monday criticised “things that were said” to incite the violent riots on the US Congress without directly naming President Donald Trump.

In his conversation with Mr Pence, the pair thanked each other for their strong partnership over the past four years, particularly in the Indo-Pacific region and agreed there was no more important time for a strong Australia-US alliance.

They also acknowledged their strong partnership, particularly in the Indo-Pacific, and agreed there was no more important time for a strong Australia-US Alliance.

Mr Morrison and Mr Pompeo spoke about the "unbreakable bond" that exists between the US and Australia and committed to continue working together to deepen and broaden the alliance.

According to a spokeswoman for Mr Pompeo, the Secretary of State thanked Mr Morrison for his "steadfast support in promoting our shared values of democracy, human rights, the rule of law, and our common strategic interests, even in the face of economic threats from the People’s Republic of China".

They also spoke about the importance of the "Quad" alliance between the US, Australia, Japan and India to "advance a free, open, and inclusive Indo-Pacific region".

The Prime Minister will travel throughout western Queensland over the coming days before leaving Queensland on Friday.