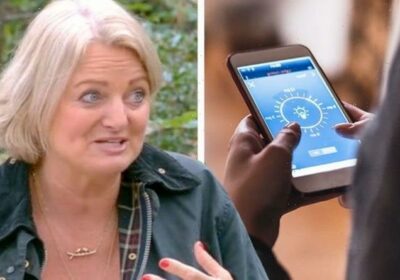 Alice Beer reveals how you can save money on household bills

This Morning’s consumer expert Alice Beer was on hand to offer more money saving tips ahead of the winter. Not only can these small changes put extra cash in your pocket but they can help the planet too.

“It’s very easy to feel overwhelmed when it comes to what part we play in climate change,” Alice began.

“We feel it’s such a massive environmental problem that it’s politicians and big businesses and they’ve got to do it.

“But actually, the premise if we all put in a pound it soon adds up, we all have a part to play.

“Twenty-eight percent of the UK’s emissions come from our homes, so that’s where we’ve got to start looking,” she continued.

“And this year, more than ever, when the price of wholesale gas has gone up, we’re soon going to feel that in our energy bills and some have been put onto astronomical tariffs because their energy companies have shut down, so you have to use less energy in your homes.

“So, if you want to be selfish about it, there’s how to save some money.”

Many people have modern appliances but how many actually use the ‘eco mode’ button or ‘energy saving’ option?

These are available on many dishwasher, washing machines and tumble dryers.

“They use less water, less heat, a lower temperature,” Alice explained. “Most of the emissions in our homes are from heating water, have a look at that.

“The average home is spending £40 a year for having appliances on standby.

“Game consoles uses as much energy on standby as it does when somebody is playing it,” she continued.

“We put our phones on charge overnight – it usually takes just two hours to charge a phone and yet we leave them there for eight or nine hours. It’s ridiculous.

“Get a multiway adapt that has individual switches on it to turn off and on your appliances when needed.”

“Heating is just a no brainer,” Alice said. “I say this every year, turning down your heating by one degree centigrade could save you £80 a year.

“You won’t notice the different.

“Obviously there’s a lot of attention around insulation at the moment – but that involves an outlay.

“You can save [money] by insulating your loft, or floors or having cavity wall insulation.

“All of them are going to cost you hundreds, but in two or three years back you’ll get £200 to £300 off your heating bill.

“And that’s what we want to achieve,” she added.

“If this is the year you can afford [to have it done] because you haven’t been spending as much money, you can afford £200 to afford your loft, get it done.”

Alice also said: “Look at the control of your heating, if you haven’t got the basic like thermostats and radiator valves working, then you’re being wasteful.

“The timer, you might forget to turn your hot water off – put it on a timer so then it’s only on for when you need it.”

The UK uses 145 litres per water per day.

“People say ‘would I save money if I had a water metre?’” Alice commented.

“The rule is – it’s done on rates – if you’ve got more bedroom in your house than people, then you should have a water metre.”

“Avoiding meat and dairy is the single biggest thing to help the planet,” Alice remarked. “Beef is the worst.”

She suggested having meat once a week or once a fortnight and making it a “treat”.

“Just cut down on meat consumption, then have a look at the meat substitutes – they’re very expensive,” she added.

“It’s £2 cheaper a day to be a veggie so that could be your incentive.”

Four and a half million tonnes of food is wasted every year in the UK, that is equivalent to £250 to £400 per household.

Alice suggests making “a food plan on a Sunday night and stick to it”.