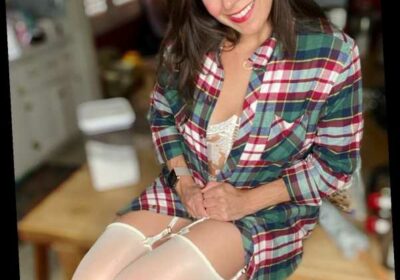 It's been a little over a week since the California mom told PEOPLE her three sons were expelled from Sacred Heart Parish School in Sacramento due to her presence on the adult social platform.

Despite her family parting ways with the Catholic school — which previously said "we cannot discuss the status or circumstances of any member of our school or parish community" — Crystal, 44, claims she's still being harassed by the same mom who initially reported her page to the principal after her husband found it.

"She's still taking my content, snapshotting it and passing it around," Crystal says. "She's been on there for a while — a paying subscriber — although it disgusts her."

"It's maddening that she's so offended by it, but yet she's paying to be a subscriber," she continues. "I guess it's only a problem if you make the content, not if you look at the content." OnlyFans is a subscription-based platform where users can sell access to their photo and video content, some of which are explicit in nature.

Crystal previously opened up to PEOPLE about her decision to join the platform, explaining that it started as a way to "spice up" her marriage after experiencing marital problems with her husband, Chris.

Over time, her subscriber list grew and reached the point where Crystal claims to make $150,000 per month for her risqué "mom-next-door" photos and sexy stories.

Crystal says a dad from Sacred Heart Parish School found her OnlyFans page this past summer and told his wife, who eventually spread the news around the school.

According to Crystal, that mom has been at the forefront of the efforts to get her sons — ages 8, 10 and 12 — kicked out, and was ultimately successful in doing so on Feb. 21. Even though Crystal was infuriated by the alleged actions of the mom — whom she declined to identify — she says she feels sympathy for her.

"I'm not a very good Catholic, but I did do a lot of praying for her in the very beginning because I felt sorry for her," she says.

"I think she tries to deflect her unhappiness on other people and that's a bad way to live your life," she continues. "I really hope she can find some peace within herself to help her with whatever issues she has." But Crystal says she doesn't intend to confront the person she blames for her family's recent challenges.

"I don't think there's any reasoning with her," she explains. "She likes being the mean girl and is trying to humiliate me and make me look so bad that I would leave our community… it's really sad. All I can do is continue to pray for her."

In the meantime, Crystal says she and Chris have enrolled their sons in public school and they've seen a "huge increase" in the number of subscribers to her OnlyFans page. The mom of three has also received support from people around the country — and even a few apologies from parents in her community.

"It feels good after the last seven months and makes me feel better," Crystal says. "As a mom, there's a lot of guilt, like, 'We were stupid and naïve to do it? Should we have shut it down months ago?'"

"At a time where you feel like you're beaten down and then you get that [support], it's like, 'Okay, maybe I'm not such a horrible person for doing this,'" she adds. "I'm still the same person, you all just now know something I didn't tell anybody."