Home » Missed it by that much: good effort at marketing misses the main chance

Missed it by that much: good effort at marketing misses the main chance 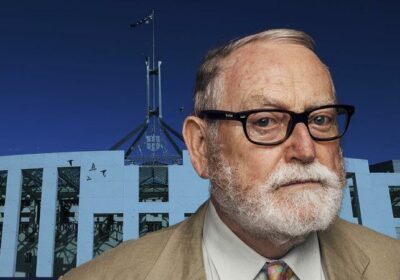 This is the lick-and-a-promise budget. The budget that proves it is possible to be half pregnant. Which makes it the couldabeen budget. Scott Morrison and Josh Frydenberg had the makings of a champion of budgets, but their courage failed them.

It’s not a bad budget. Most of the things it does are good things to do. Its goal of driving unemployment much lower is exactly right. Its approach of increasing rather than cutting government spending is correct, as is its strategy of fixing the economy to fix the budget. 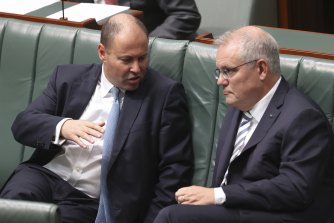 But having fixed on the right strategy Morrison, reluctant to be seen as Labor lite, has failed in its execution. Economists call this “product differentiation”; others just call it marketing.

Some are calling this a big-spending budget. It isn’t. Frydenberg has kept his promise that it would be no “spendathon”. As a pre-election vote-buying budget it hardly rates. Its “new and additional tax cut” for middle-income earners of up to $1080 a year turns out to be not a tax cut but the absence of a tax increase.

Politically, this budget had to offer a convincing response to the report of the royal commission on aged care. The report said fixing the broken system would take extra spending of about $10 billion a year.

Had he accepted that challenge, Morrison would have put himself head and shoulders above his Liberal and Labor predecessors. He settled for spending an extra $3.5 billion a year. Major patch-up at best. The scandals will continue.

Politically, Morrison had to make this a women-friendly budget, to prove he valued women’s contribution to the economy and remove impediments to their economic security. Making childcare free – as it was, briefly, during the lockdown – would have been a big help to young families, as well as greatly increasing employment. It would have backed his fine words with deeds.

That would have cost about $2 billion a year. Morrison settled for $600 million a year, limiting the new assistance to about one childcare-using family in four by excluding the great majority, who have only one child in care.

Frydenberg has said that significant investments in energy, infrastructure, skills, the digital economy and lower taxes are all aimed at driving unemployment down.

But this talk of “investments” in mainly male-dominated industries is just what led female economists to be so critical of last year’s macho budget. In any case, energy and infrastructure yield few new jobs for each billion spent.

That’s why women-friendly and job-creating both pointed to a budget that focused on growing the “care economy” – aged care, childcare, disability care.

If you can’t get too excited by the expectation that the economy will grow by a positively roaring 4.25 per cent in the coming financial year, and a much more sedate 2.5 per cent the following year, I don’t blame you.

For one thing, budget forecasts don’t always come to pass. For another, Frydenberg’s claim that more budgetary stimulus is needed because of continuing uncertainty over the pandemic is disingenuous.

The truth is, at this stage the economy is still running on the stored heat of last year’s massive budgetary stimulus, much of which has still to be spent. The purpose of public-sector stimulus is to get the private sector – households and businesses – up to ignition point, so it keeps going under its own steam.

That hasn’t happened yet. So the purpose of the further stimulus in this year’s budget is to keep the kick-starting going until the private sector’s engine gets going.

Much of this depends on a return to decent pay rises – which is, as yet, beyond the budget’s “forecast horizon”. We haven’t had a decent pay rise since before the election of the Coalition government.