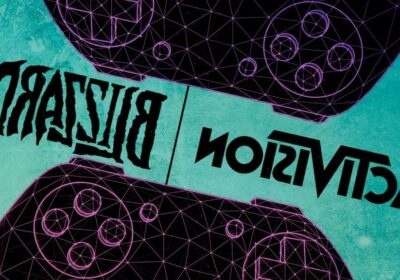 Britain’s antitrust regulatory body has launched a probe into whether Microsoft’s mega-deal for Activision Blizzard would reduce competition in the U.K.

Microsoft announced its $69 billion bid for Activision Blizzard in January, which would be the biggest-ever acquisition in the video-game business. The companies have said they expect the deal to close by mid-2023.

On Wednesday, the U.K.’s Competition and Markets Authority said it investigating whether Microsoft-Activision Blizzard merger “may be expected to result in a substantial lessening of competition within any market or markets in the United Kingdom for goods or services.”

The CMA’s deadline for public comment on the matter is July 20. The regulator has set a Sept. 1 deadline on whether to refer the proposed merger for a “phase 2” investigation, which would let the parties discuss and potentially agree on remedies to any identified competitive harms.

In the U.S., the FTC has launched an investigation into the deal looking into how Microsoft’s acquisition of the gaming giant may affect workers.

In an about-face last month, Activision Blizzard signaled a willingness to negotiate with unions, coming after Microsoft issued guidance that it will be more receptive to unions. Prior to Microsoft’s deal announcement, Activision Blizzard was reeling from scandal in which the company was accused of allowing a “pervasive frat boy workplace culture” to thrive that allegedly resulted in women employees being continuously subjected to sexual harassment and being paid less than men.