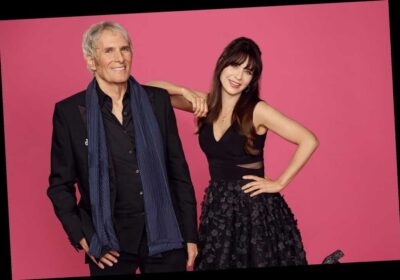 ABC is putting a new, star-studded spin on The Dating Game.

The network has greenlit a new version of the classic game show, hosted by New Girl star Zooey Deschanel and Grammy-winning singer (and major cinephile) Michael Bolton. Each episode will feature a celebrity guest, who will choose a date from a hidden panel of three bachelors and/or bachelorettes based on their answers to the celeb's questions. The suitors will also try to guess the celebrity's identity during the game based on clues, questions, and "special parody performances" by Bolton.

The celebrity twist isn't entirely new: The original Dating Game, which aired on ABC from 1965 to 1973, did sometimes feature established performers, including Dusty Springfield, Ron Howard, and Sally Field. Other future stars appeared on the show before becoming famous, such as Farrah Fawcett, Burt Reynolds, and Suzanne Somers.

The Celebrity Dating Game joins a lineup of revived classic game shows on ABC, including To Tell the Truth, Match Game, and Press Your Luck. A premiere date has yet to be announced.

This story originally appeared on ew.com