Home » Lifestyle » Meghan Markle portrays herself as ‘high-status person’ in letter: ‘Her stance is obvious’

Meghan Markle portrays herself as ‘high-status person’ in letter: ‘Her stance is obvious’ 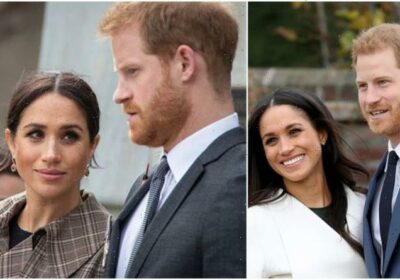 Meghan has 'disowned both sides of family' says Thomas Markle

Meghan Markle begins her powerful letter with a plea from the Government for assistance to the American people in terms of paid leave. She wrote: “I’m not an elected official, and I’m not a politician. I am, like many, an engaged citizen and a parent.

“And because you and your congressional colleagues have a role in shaping family outcomes for generations to come, that’s why I’m writing to you at this deeply important time—as a mom—to advocate for paid leave.”

Jon Briggs, the voice of Siri, spoke exclusively to Express.co.uk about Meghan Markle’s letter and analysed her intentions.

Jon said: “Meghan’s starting stance is the most obvious.

“The line ‘I am not an elected official and I’m not a politician’ could almost include ‘but I’d like to be’ in parentheses.

“More interestingly although this is supposedly a letter, it reads as if it was a speech.

“This was written to be spoken aloud and has the hallmarks of a speechwriter about it.

“The turn of phrase and the phraseology.

“The repetition in particular of lines like ‘the American dream’ and the ‘dream of stability.’

“The law of three in the spoken word, created so that the third statement gets the applause.

“‘If we are to continue to be exceptional, then we can’t be the exception’.

“These are carefully constructed soundbites, each one of them can be lifted via the media and make great headlines wherever they are repeated.

“This is a carefully constructed piece of prose and a speechwriter if they weren’t involved was certainly being channelled.

“Her biggest problem is that she is not her simply a ‘mom’ as she states.

“She is Meghan, Duchess of Sussex.

“And she signs the letter as such as if to back up her authority.

“This is a high-status person, playing high status so that her letter gets attention over and above a letter from an ordinary mom.

“She is writing to ‘The Speaker of the US House of Representatives’ as someone whom she regards as being on the same privilege level as her.

“How much more powerful might the letter be if she hadn’t signed it Meghan, Duchess of Sussex, but ‘Meghan, in her role as an ordinary Mom.’

“While it may seem she is doing a service to American women, American women know that she does not have to deal with any of the day-to-day problems that they suffer from.

“It is hard to carry off a request for something to benefit the low paid working class of America when it is very clear you are nothing of the sort, however well-meaning her actions are,” Jon explained.