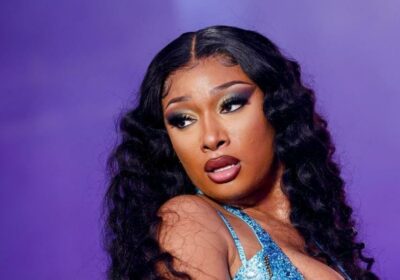 Thee Hot Girl in charge has collaborated on a new original song for season two of STARZ’s acclaimed drama P-Valley. Based on the original play by Pulitzer Prize winner Katori Hall, P-Valley has drawn praise from collaborators from across the music industry for it’s authentic trap music vibe and for being a platform to spotlight southern female rappers.

Megan’s music was featured in season one, when her song “Hot Girl” was featured during the fan favorite money laundering montage featuring Autumn Night and Mercedes pulling capers across Mississippi money centers, wearing multiple costumes and wigs, to get their hands on some quick cash.

P-Valley has previously platformed female hip hop artists like Jucee Froot, who performs the show’s infectious opening theme “Down in the Valley,” a favorite among fans. On top of that, the show comes with a collection of original tracks related to the show’s overall plot and theme. Tracks like “Fallin’” and “Mississippi Pride” were exclusive to the shoe’s storyline and recorded by Lil Murda himself, actor J. Alphonse Nicholson.

Armed with nothing but a Chanel Purse, a pair of Louboituns, her good looks and keen financial knowledge, a transient choosing to be known as Autumn Night works her way to center stage at The Pynk, a local strip joint. While dancing (and unloading suspicious amounts of cash from a mysterious source), she becomes entwined in the complicated lives of the strippers, club owner, bouncers, and high-profile customers who frequent the long-standing center of Delta nightlife.

In Season 2, darkness descends upon Chucalissa, causing everyone to fight tooth and talon to get ahead or maintain their spot. With higher stakes and bigger odds to beat, the fate of The Pynk and the possible new casino in town hang in the balance.