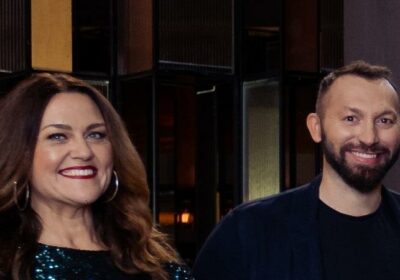 It has been a disappointing month for Australia’s celebrity agents, with the news that the Ten Network had barely cast a single C-lister in the reality TV spin-off Celebrity MasterChef.

Due later this year, the series will still make use of former athletes and veteran entertainers but when they happen to be Ian Thorpe and Rebecca Gibney you’re getting brand name recognition – and an indication of the stakes at play.

The last time a season of Celebrity MasterChef aired was in November 2009, when champion swimmer Eamon Sullivan deposed INXS’s Kirk Pengilly and Miss Universe finalist Rachael Finch in the final to claim the prize for his nominated charity. The MasterChef franchise was entering its imperial phase at the time, cashing in on the success of the original edition by commissioning separate Celebrity, Junior, All-Stars and The Professionals seasons. 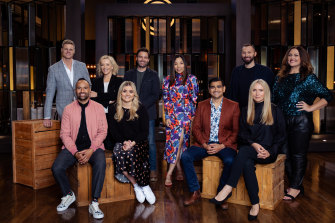 It’s not easy to understand Ten’s thinking in resurrecting – with little public demand – Celebrity MasterChef. In July 2009, after a breakthrough debut season, MasterChef drew well over three million viewers to its extended finale. It was a television phenomenon and not making at least one spin-off would have been an act of heresy in the television business. But in 2021 it’s not as if MasterChef itself is the top dog of reality shows on Australian television, that honour lies with Nine’s Married at First Sight. Nine is the owner of this masthead.

Ten has been canny in its casting choices: alongside radio host Chrissie Swan and former Socceroo Archie Thompson, the TikTok star they have chosen for maximum Gen-Z visibility is Tilly Ramsay, the daughter of chef- turned-broadcaster and international swearing master Gordon Ramsay and the possessor of just under 10 million followers on the video-sharing social network. Which family traits will be to the fore with the 19-year-old should make for an interesting side-plot. 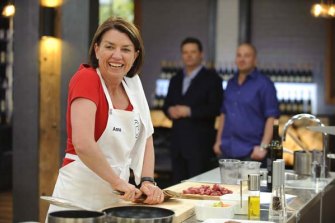 Nonetheless, Ten have only just turned MasterChef around, replacing long-time judges Matt Preston, Gary Mehigan and the compromised George Calombaris with the zesty trio of chef and restaurateur Jock Zonfrillo, food critic Melissa Leong and the former winner and chef Andy Allen. The ratings haven’t been quite as strong this year, drawing approximately 600,000 capital city viewers, but the show has a tangible energy, a diverse selection of contestants and an optimism that is warm but thankfully not contrived.

The show has a second act, one that risks being diluted by a sidekick season. What MasterChef has profited from these last two years is a measure of authenticity – the eager hopefuls, with their culinary backgrounds derived from family lessons and favourite community dishes, are invested in their cooking. Celebrities are invested in their careers. To some, Celebrity MasterChef will be a branding opportunity or a commercial opportunity. Cooking on national TV sure beats hosting a trade association’s chicken dinner.

The original Celebrity MasterChef also screened in a deeply different era of the celebrity ecosystem. Putting mildly famous people on a reality television show was closer to a novelty, with celebrity editions of The Apprentice Australia and Big Brother also punctuating network schedules that were pivoting away from prime-time drama. Celebrity was a gentler business then, almost genteel in its commercial aspirations and free of over-filtered Instagram communiques. In 2009, celebrities hadn’t been weaponised.

What audiences, especially the younger ones all free-to-air television networks want to win over, expect from celebrities has changed and become fractured. For every viewer that wants to laugh at a celebrity who plates up a dubious dish, there’s another that expects them to reflect social values and sue their platform. It’s one reason why celebrity editions draw a percentage of the original show. But Celebrity MasterChef potentially drawing half of MasterChef’s audience is one thing when the starting point is three million viewers, and quite another when it’s 600,000.

The underlying problem is that it’s extremely difficult to find, break and then maintain a successful new reality television competition format. For every The Masked Singer or Lego Masters there is a slew of swiftly-shuttered (and expensive) concepts that didn’t click with the public or wasted their potential – as Seven did with the mini-golf extravaganza Holey Moley Australia – by bombarding us with too many episodes on consecutive nights.

That need for another reality series is why Dancing with the Stars keeps rising from the dead, the zombie of reality television shuffling back onto our screens. A successful reality cooking show such as MasterChef may or may not make viewers salivate as the meals are presented, but the hunger of television networks for a familiar and reassuring idea is insatiable.