MARATHON bars are coming back to the UK once again, almost 30 years after being renamed to Snickers.

For a limited time, retro sweet fans will be able to pick up the nutty nougat snack it its old-school packaging. 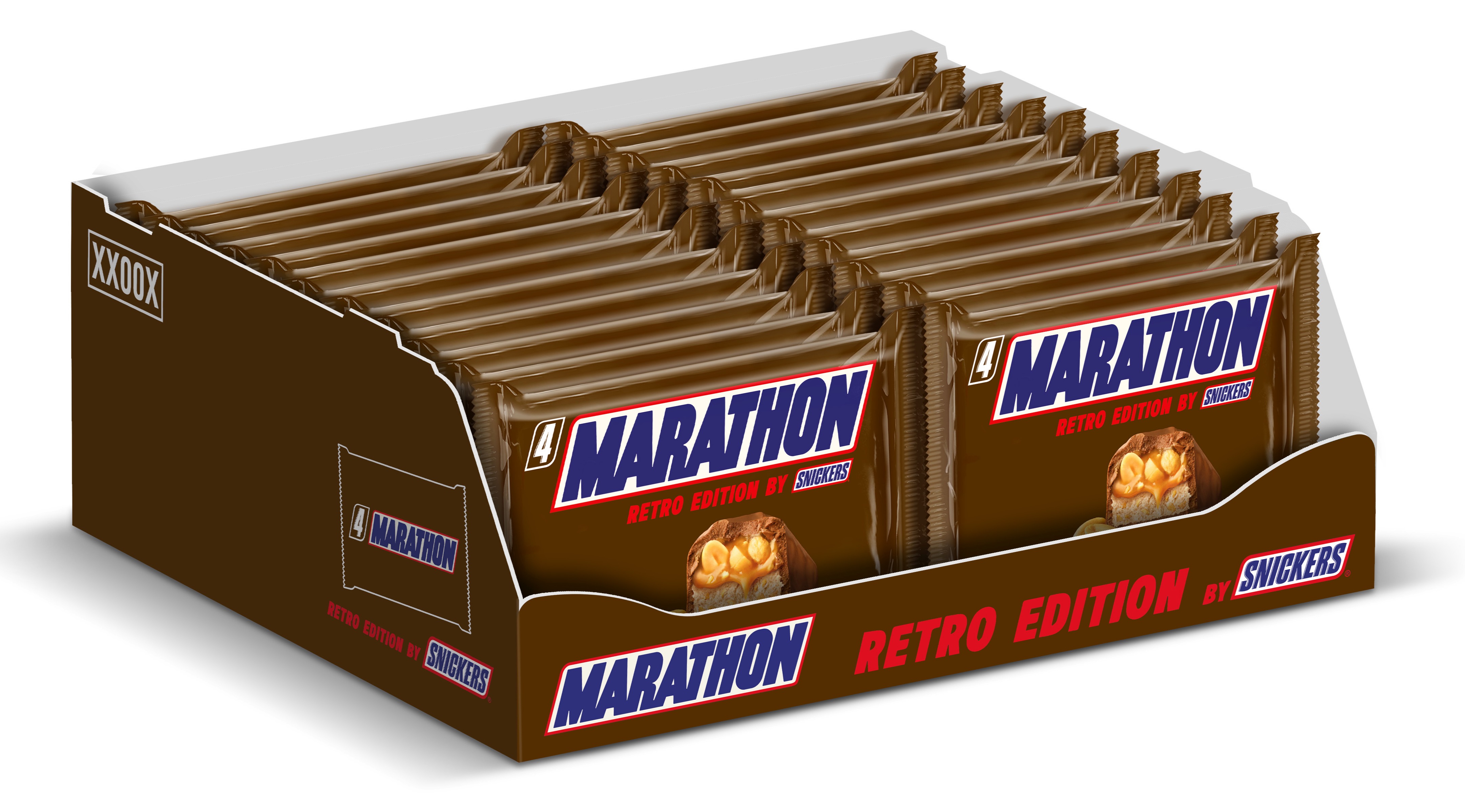 The name change will be exclusive to Morrisons stores, and will last for 12 weeks starting on August 10.

Once these 12 weeks has ended, the classic chocolate will go back to being called Snickers.

Marathon bars were created by confectionery giant Mars Wrigley in the 1930s, where its original name stuck for around 60 years.

The parent company decided to rename them as Snickers in the 1990s because it wanted the UK sweet to match its US branding.

The wrapper carried both names for a while before Marathon was removed from shelves completely.

Its comeback comes exactly one year after parent company Mars Wrigley last brought back Marathon bars in the UK.

Again, this was for a 12-week period and exclusively in Morrisons stores.

Shoppers could only pick up Marathon bars as part of a four-pack when they returned last year.

But this time round, chocoholics can also buy single Marathon bars.

A four-pack will cost £1.25 – a 25p increase on last year's promotional price of £1, and the equivalent of around 31p per Marathon bar.

Single Marathon bars will be priced at 60p each, or two for £1.

Speculation that the Marathon name would return goes way back to 2006 when Mars re-registered the brand in the UK.

Reports at the time suggested the parent company would embark on a three-month trial but the Snickers name was never removed.

Marathon bars use the same recipe as Snickers, which contain around 245 calories and 21.6g of sugar.

The average man shouldn't consume more than 2,500 calories a day, while it's 2,000 for women, according to NHS guidelines.

Meanwhile the recommended daily intake of sugar for men and women is 30g.

“It’s clear that after nearly 30 years away, people loved the return of the Marathon bar last year.

“When the British public speaks, we always aim to deliver.”

Marathon isn't the only retro confectionery item to make a return in the UK.

Earlier this year, B&M and Poundland were selling Opal Fruits – 22 years after its name was changed to Starburst.