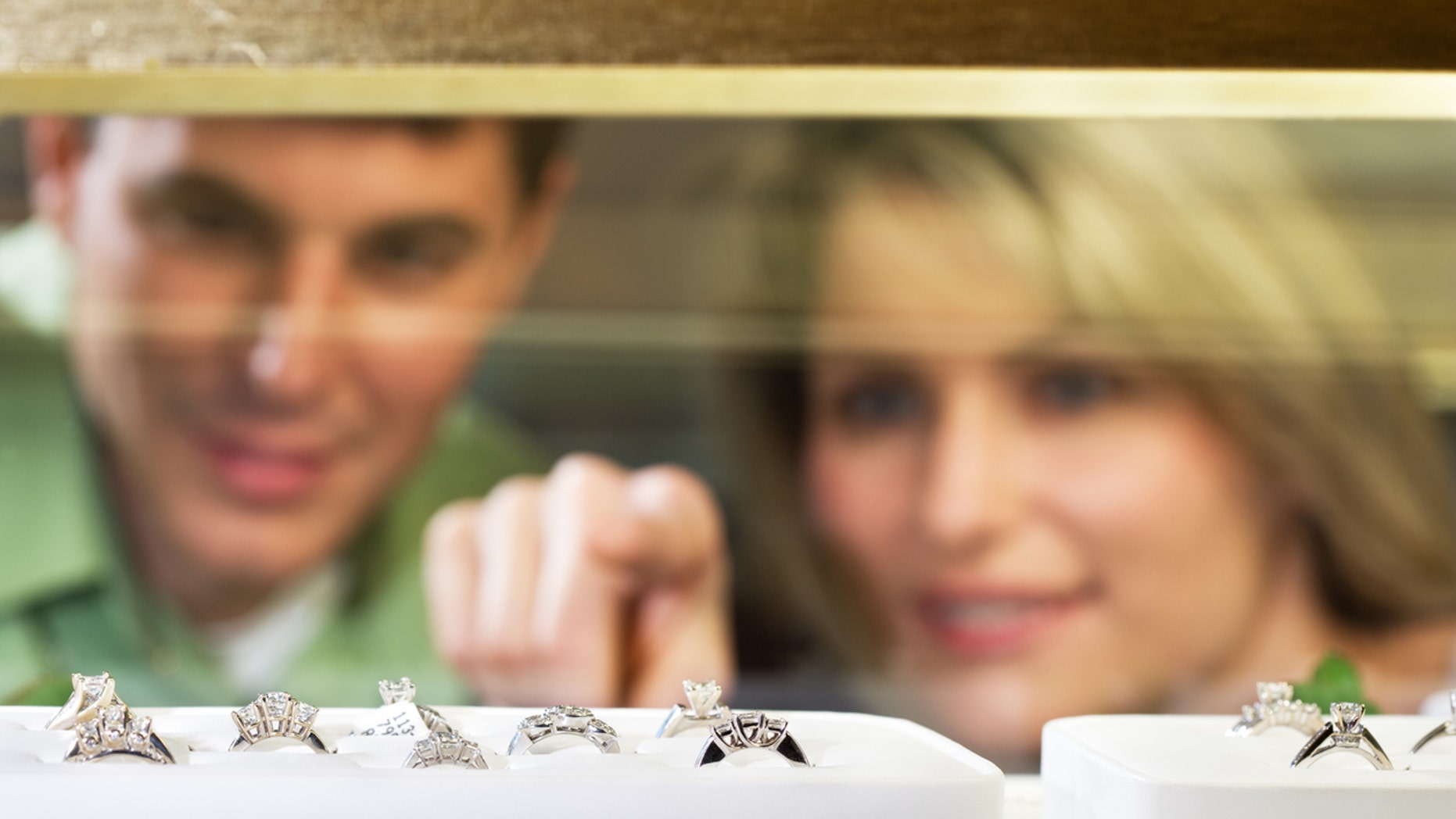 Why propose with one when you can use six?
(iStock)

One man wanted his one and only to have six – rings that is.

Dennis Brown II was getting ready to propose to his girlfriend Atara Dallas when he decided that just one ring wasn’t going to cut it and instead chose six engagement rings of different shapes and sizes for his future bride to choose from.

“I won at life with her, so she deserves 6 rings to choose from,” Brown wrote on Instagram of his decision.

WOMAN FINDS HER DIAMOND BEFORE PROPOSAL AND 'RING SHAMES' HERSELF

The male model and former professional athlete did not stop there with his over-the-top proposal, however. Brown worked with an event planner and hired a stylist, photographer, florist and drapery designer to stage the special day. He even designed a banner with heartfelt words for the backdrop of his proposal.

“A woman, whose heart is full of love and devotion to me, a woman whose loyalty to all those she loves stands unmatched, a woman whose generosity and willingness to help others around her flourish knows no depths,” a portion of the floor-to-ceiling script read.

According to images shared on Instagram, Dallas was shocked by the gesture – and the ring selection.

Though Dallas was pleased with the display (she said yes), not everyone was as positive about the proposal.

Some trolls on Twitter suggested the groom-to-be did not know his bride well enough, and that's why he came prepared with so many options.

Many, however, were happy for the couple.