We’ve been duped by Machine Gun Kelly! The rapper’s new music video for ‘Papercuts’ confirmed that he didn’t ACTUALLY shave his head — he was just wearing a bald cap, as some fans suspected.

One day before releasing the video for his new single, “Papercuts,” Machine Gun Kelly teased that he gave himself a major hair makeover for the visual. He posted a screenshot of himself FaceTiming with the video’s director, showing off his completely shaved head. He even teased fans with the caption, “I shaved my head for this.” However, when the video was actually released on Aug. 11, it confirmed that the “shaved head” was simply a bald cap. 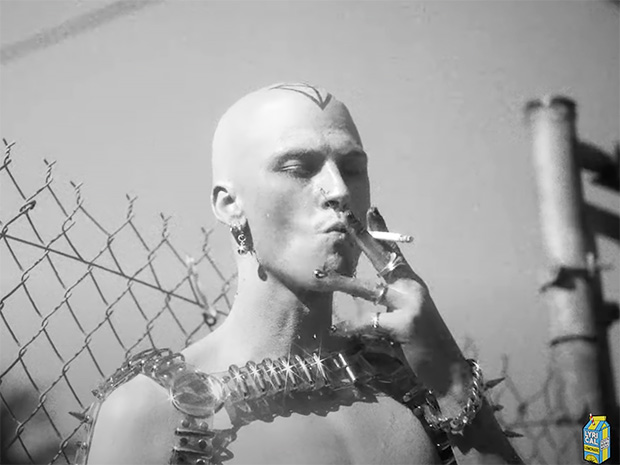 In the “Papercuts” video, MGK appears at various points with his ‘bald’ head, which featured a massive tattoo across the top. These scenes flashed back and forth with visuals of the singer performing with his chin-length blonde hair, as well. At one point, he pulls the bald cap off to reveal it wasn’t his real hairstyle, showing off longer locks underneath. The video also features MGK’s producer and pal, Travis Barker, rocking out on the drums. 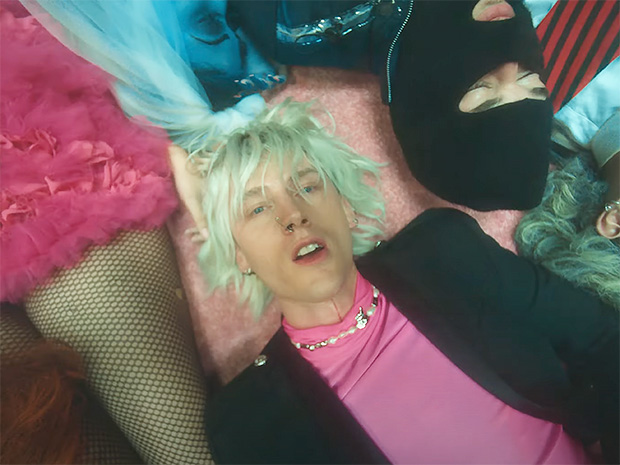 After the video was released, fans began commenting about how they were duped into thinking Machine Gun Kelly actually did get rid of all his hair. “So he never shaved his hair off then? lol we all got baited hard,” one person wrote on Twitter. Another added, “Knew you wouldn’t shave that beautiful hair,” and someone else said, “I love you but I think I love the bald cap more rn, I’m so glad you didn’t actually shave your hair off.” The fake makeover clearly got people talking and interested!

MGK has actually been making headlines for well over a year now for a different reason, as well. The 31-year-old has been in a relationship with Megan Fox since the first half of 2020, and the romance is definitely hot and heavy. The stars met on set of their movie, Midnight in the Switchgrass, which is due out later this year.