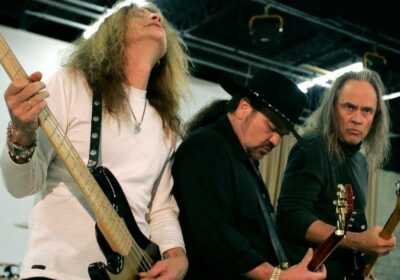 CANTON, Ohio — Lynyrd Skynyrd has pulled out of the Pro Football Hall of Fame concert after guitarist Rickey Medlocke tested positive for COVID-19.

The country rock band was set to co-headline the concert Monday night with Brad Paisley but Medlocke’s positive test forced the group’s withdrawal, according to a band statement.

“Rickey is home resting and responding well to treatment,” the statement said.

Jimmie Allen, who was the opening act, has extended his set list to open the show. He performs a duet with Paisley on the current hit “Freedom Was a Highway.”

The band also suspended shows in Jackson, Mississippi; Atlanta; and Cullman, Alabama, with the Aug. 13 show in Atlanta rescheduled for Oct. 23.