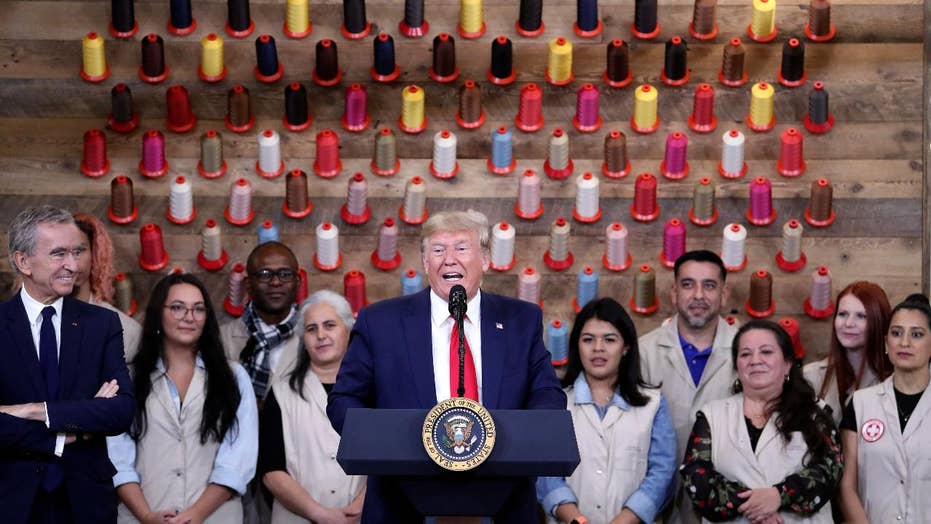 In a dig that went beyond a fashion statement, the creative director of Louis Vuitton slammed President Trump as “a joke” following the commander in chief’s visit to the French brand’s new workshop in Alvarado, Texas, last week.

Designer Nicolas Ghesquière blasted Trump in a recent Instagram post after the president appeared at a ribbon-cutting ceremony for the luxury retailer’s new leather workshop in Johnson County on Thursday.

“Standing against any political action. I am a fashion designer refusing this association,” Ghesquière wrote, adding the hashtags #Trumpisajoke and #Homophobia, and sharing an image of the album cover of Evelyn Thomas’ 1984 tune “High Energy.”

NEED A HALLOWEEN COSTUME? LIST OF 'MOST-SEARCHED' IDEAS REVEALS A DEFINITE TREND FOR 2019 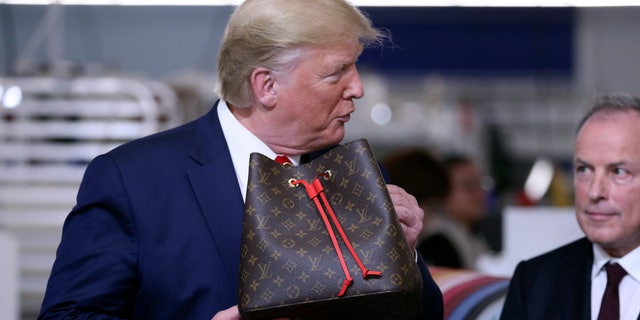 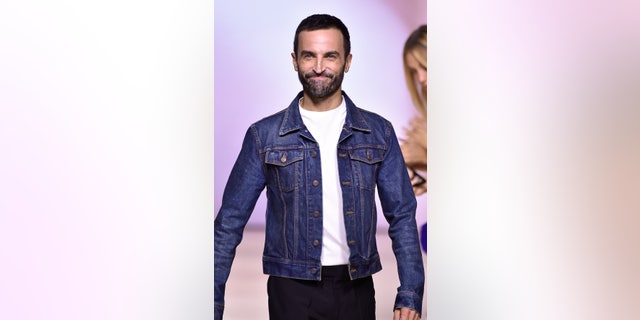 A spokesperson for LVMH, Louis Vuitton’s parent company, was not immediately available to comment. The fashion house has not yet publically commented on Ghesquière’s statement.

The opening of the Alvarado leather workshop is part of LVMH’s pledge to create 1,000 jobs in the area as part of the president’s Pledge to America's Workers program.

The U.S. is said to be the most valuable market in the world for the luxury goods conglomerate, which WWD describes as the industry's “most powerful luxury fashion titan.” American spending marks 25 percent of the company’s total business, at over $10 billion a year. 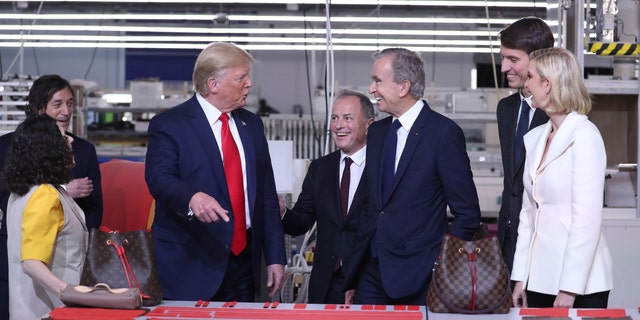 Arnault emphasized that it was an “honor" to have Trump visit the Vuitton workshop, while Burke echoed that the factory’s opening was “about jobs, not a political statement,” according to the outlet. 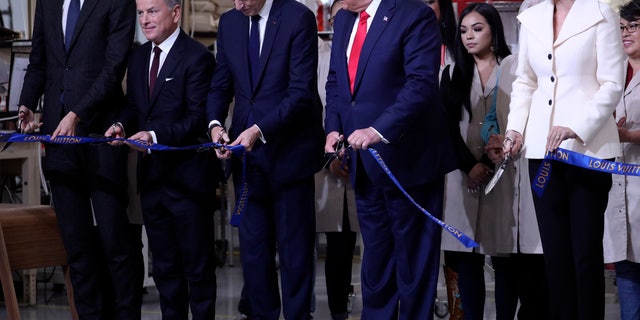 “We are very honored to have the president of the United States. I’m not here to judge any types of policies,” Arnault said at the event, according to WWD, acknowledging that he and Trump have known each other since the 1980s.

“I’m here to work with my brand and we are going to, over five years, have 1,000 people working here and that’s what matters,” he added.

“It’s about jobs, it’s not a political statement,” Burke agreed. “This is about engaging with the president of the United States overriding economic goal of bringing jobs back to the United States.” 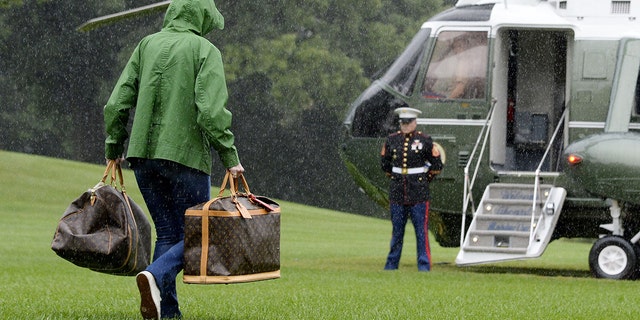 A White House aide carries Louis Vuitton bags to a helicopter prior to President Trump and first lady Melania Trump’s departure from the White House on Sept. 2, 2017.
(Olivier Douliery-Pool/Getty Images)

First lady Melania Trump has been known to sport styles from LVMH’s extensive fashion portfolio, WWD reports, such as her personalized Vuitton luggage that has been photographed being carried onto Air Force One.