Home » Lifestyle » 'Little House on the Prairie': Nellie Oleson Actor Recalls How Her On-Screen Husband Made Her Cry 'Every Day'

'Little House on the Prairie': Nellie Oleson Actor Recalls How Her On-Screen Husband Made Her Cry 'Every Day' 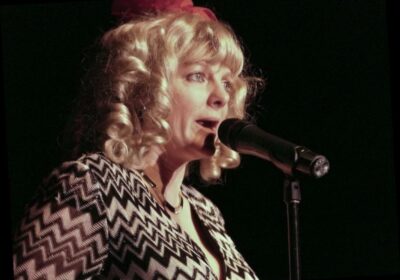 And while Nellie and Percival lived happily ever after on Little House on The Prairie, the real-life relationship between the actors had a much more tragic ending. In fact, things became so heartbreaking between the two of them that Arngrim “cried every night.” Keep reading to find out why.

According to Arngrim’s memoir, Confessions of a Prairie B*tch, she was terrified about who the writers of Little House on the Prairie would pair her off with. She says that it felt like an arranged marriage because she had no say in who her character would end up marrying.

“I reminded myself that this was just TV, not reality,” Arngrim writes. “It wasn’t as if I was really walking down the aisle with a complete stranger. I would, however, be kissing him, hugging him, lying next to him in bed, and telling him how much I loved him… every day for the next few years… until death of our contracts or the show did us part. Sounded pretty real to me.”

Arngrim then says that her co-stars, Melissa Gilbert and Melissa Sue Anderson, constantly complained about their on-screen love interests. Yet fortunately, Arngrim adored her TV husband, as well as the actor who portrayed him.

Arngrim and Tracy quickly became best friends while playing husband and wife on Prairie. And while many of the stars and producers on the show began to wonder if they were secretly dating in real life, their relationship was strictly platonic because Steve Tracy was gay.

“I always referred to Steve Tracy as my ‘other husband,’” writes Arngrim. “In the years after we both left Little House, we stayed incredibly tight. It was as if our relationship picked up right where Little House left off… It was as if we never stopped being Nellie and Percival. I needed him. He was the only constant in my crazy life, and I clung to him when everything else was spinning out of control.”

Tragedy hit after Tracy called up Arngrim to tell her he was dying of AIDS.

“I told him I would be brave,” Arngrim writes, “but when I hung up the phone, I lay on the bed, facedown in the pillow, and screamed and screamed.”

“Steve was thirty-two when he was diagnosed with AIDS,” the actor writes. “The idea of anyone dying at thirty-two struck me as obscene. And for it to be my friend was downright unforgivable. He kept telling me not to, but I cried every day.”

In 1986, Tracy called Arngrim to tell her that he had very little time left. Arngrim describes her reaction, saying, “I was inconsolable. I wanted to rush to his side and keep him here with me. I thought if I could just hold on to him, I could stop death in its tracks.

“But then Steve said, ‘Don’t worry, this isn’t the end; it’s just a change in the relationship.’”