Leonardo DiCaprio appears to comfort Camila Morrone on the beach 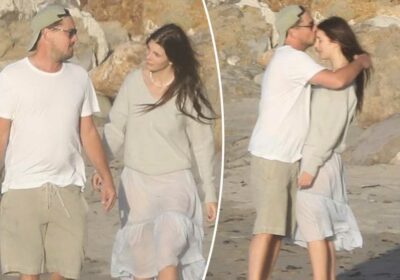 Perhaps some people don’t enjoy long walks on the beach?

Camila Morrone appeared visibly upset while on a sandy stroll in Malibu with boyfriend Leonardo DiCaprio over the weekend.

Paparazzi snapped away as the makeup-free model, 27, and sunglass-sporting actor, 47, walked side by side along the shore, both barefoot.

During what appeared to be a tense discussion with DiCaprio, Morrone was seen making a furrowed facial expression and grand gesture with her hand. The “Wolf Of Wall Street” star appeared to listen intently as he kept his gaze toward the ground.

During another moment, the two were seen holding hands and staring at one another. 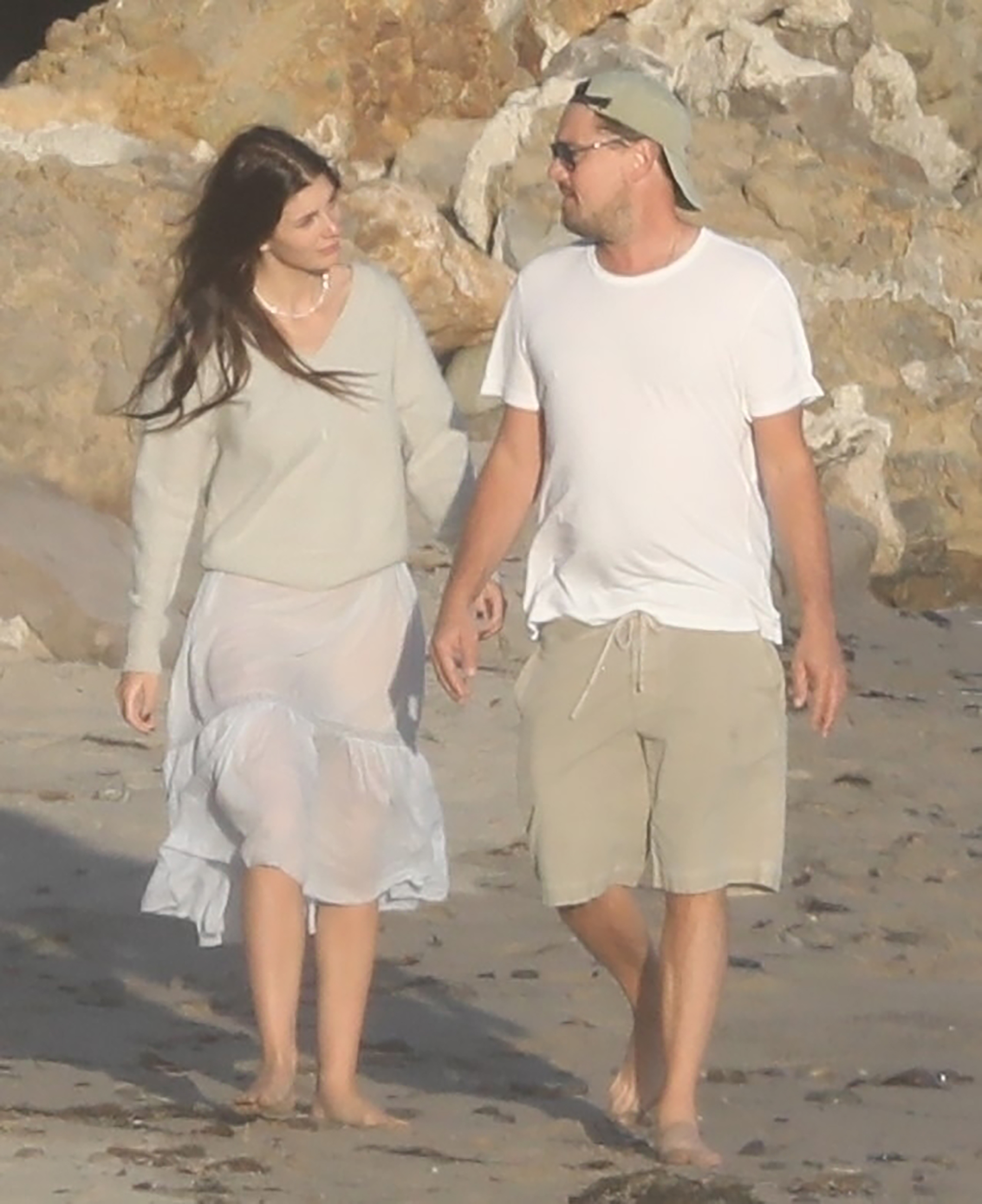 The Oscar winner then faced his seemingly upset partner and leaned in for a consoling forehead kiss. His arms rested gently atop her shoulders as she stood facing his chest with her arms by her side.

DiCaprio and Morrone both opted for baggy, muted-colored clothing for the outing. She wore a beige crewneck sweater over a translucent caftan cover-up, while he paired his tan drawstring shorts with a plain white T-shirt.

The model finished off her laidback look with a white choker, and the actor topped his off with a backward-facing baseball cap. 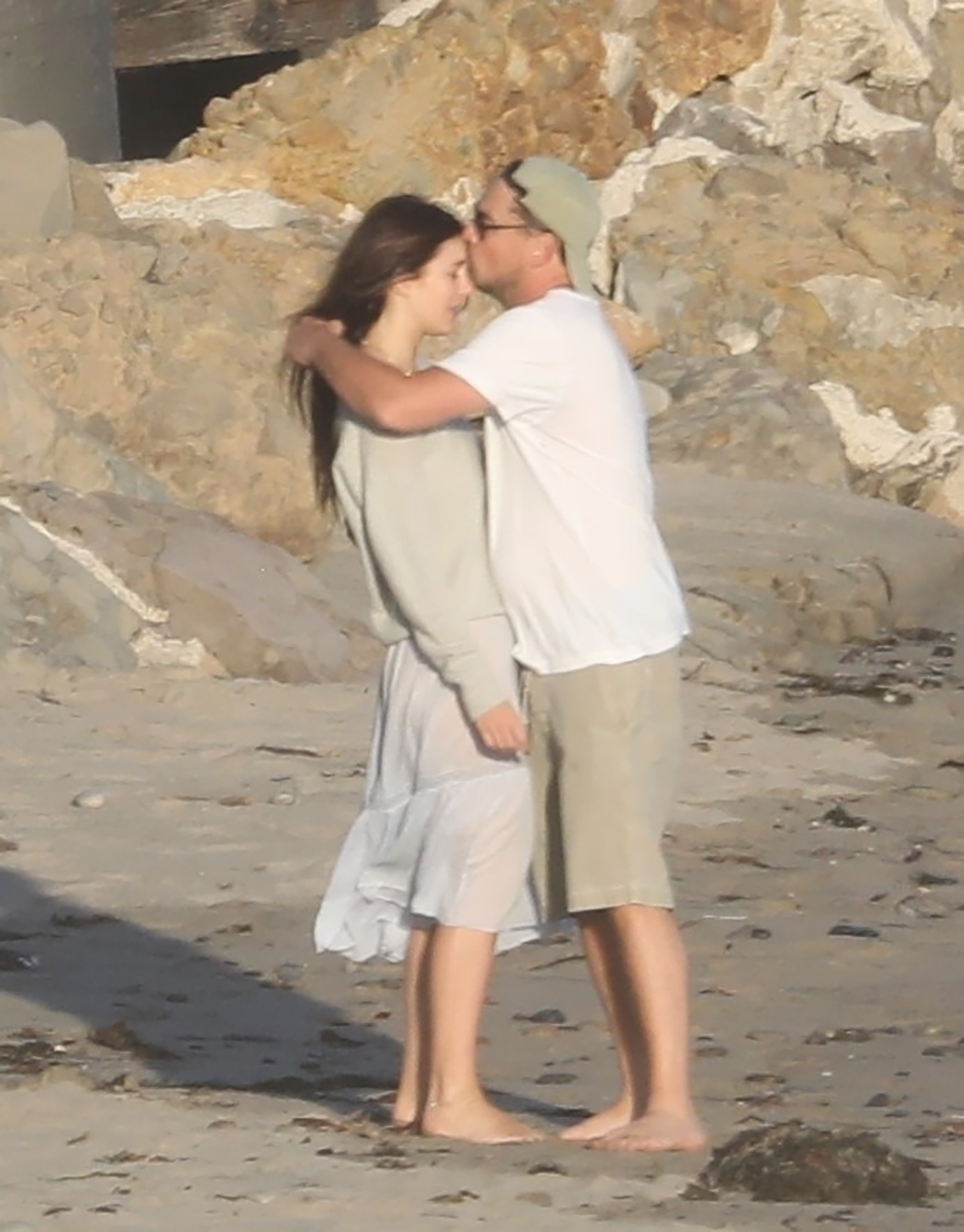 The two sure seemed to be in better sprits the last time paps spotted them hanging out at the beach.

Earlier this year, DiCaprio and Morrone couldn’t keep their hands off each other when they were photographed smiling and even making out in the crystal clear waters of St. Barts.

Reps for the pair — who have been dating since 2017 — have not yet responded to Page Six’s request for comment.