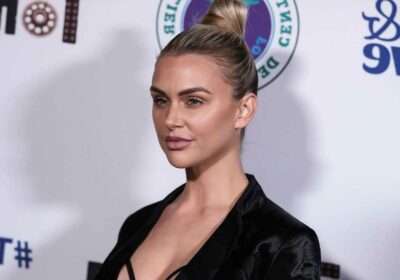 “I can’t believe it. I’m beyond grateful for this path that God & my late father placed in front of me,” she said, acknowledging the devastating loss of her dad, Kent Burningham, who died in 2018 following a stroke and a car accident.

“I’m grateful for my sober coach & my sponsor who I consider angels. I’m grateful for the program & the men and women who have shared their stories so honestly, giving me hope and inspiration to continue to never pick up a drink again,” the Bravolebrity continued. “It is one day at a time, but I will say, I have never felt so strong in my sobriety.”

Kent, 31, went on to say that maintaining her sobriety is “proudest thing” she has ever done other than becoming a mom to 7-month-old daughter Ocean, whom she shares with Emmett, 50.

“My first priority is always my sobriety. It comes before everything- because without it, I am of no use,” the “Give Them Lala” author concluded. “I love you all so much. I hope you know that 🤍 #happybirthdaytome.”

Kent has been open about her struggles with drinking in the past. She confessed to Bravo honcho Andy Cohen in May 2019 that she knew she needed to face her alcoholism when she spent an entire family vacation under the influence.

“I went with my family and Rand’s family to Disney World and I was drunk four days straight from morning until night,” she said at the time. “I get on the plane. I’m face-chugging out of a bottle, and the next morning I woke up and said, ‘I will never live this way again,’ and I reached out and got help.” 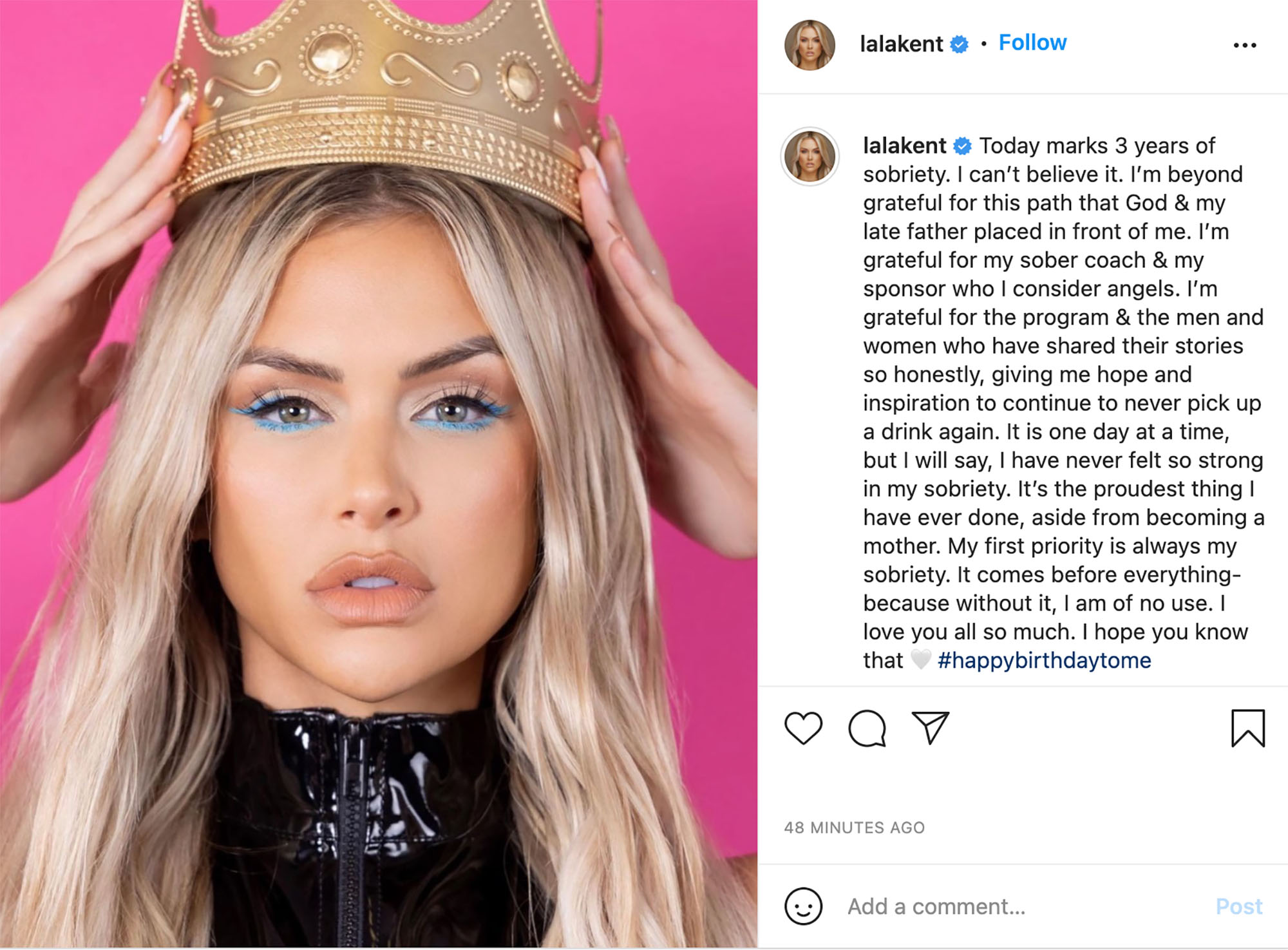 While promoting her memoir earlier this year, Kent told Page Six how excessive drinking once contributed to her worst fights with Emmett.

“There are times when I look at him and I just start crying because I cannot believe I did all of those things to someone I love so much and who loves me so much,” she added at the time. “I don’t know what I did right to deserve him. I really think about it often. It’s pretty mind-blowing.”

Page Six exclusively reported on Monday that Kent called it quits on her three-year engagement to Emmett after he allegedly cheated on her during a trip to Nashville this weekend.

“Randall always lives a double life,” an insider told us of the Hollywood producer, who shares two older children, London and Rylee, with ex-wife Ambyr Childers.

Emmett has yet to comment on the cheating allegations or the split.

This week, Kent has been seen out and about in Los Angeles without her engagement ring. Most recently, the Give Them Lala Beauty CEO was seen without her sparkler while spotted at a modest apartment complex in Santa Monica, Calif., on Thursday with her daughter and mother, Lisa Burningham, in tow.