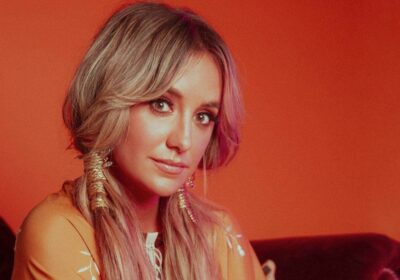 Country singer Lainey Wilson’s very good year is getting just a little bit better, on top of her having the leading number of nominations for the CMA Awards and coming onto “Yellowstone” as a new cast member this season. CMT announced Wednesday that Wilson will be celebrated as Breakout Artist of the Year on the network’s “CMT Artists of the Year” special airing next week.

“This past year has been a wild ride,” Wilson said in a statement. “To be considered for this award reinforces that the years of hard work my team and I have put in was all worth it. The team at CMT feels like family, and the way they genuinely support artists on their platform is so special and important for dreamers like me.”

Wilson is the fifth relative newcomer to get that seal of approval from CMT, following in the footsteps of Mickey Guyton last year and, prior to that, Ashley McBryde (in 2019), Kelsea Ballerini (2016) and Chris Stapleton (2015).

Says Leslie Fram, SVP of music & talent at CMT, “When it came to naming ‘Breakout Artist,’ Lainey Wilson was unquestionably our only choice this year. Not only is she a powerhouse performer and tremendously gifted songwriter with contagious energy and drive, she is just starting to show the world her range and versatility, as evident by her upcoming role on hit series ‘Yellowstone.’”

Fram pointed out that Wilson, as fresh as she is, has some history of being celebrated by the network. She was part of the “Next Women of Country” class of 2019 and performed on the network’s flagship show, “The CMT Music Awards,” this year as that broadcast moved to a CBS prime-time slot.

Wilson made headlines in September when she was announced as the leading contender for the CMA Awards, highly unusual for a singer who has best new artist as one of those nominations. She is front of the CMAs field with six.

She stands out from the pack for also being the rare up-and-coming female artist to achieve No. 1 hits in the extremely male-dominated world of country. Her “Things a Man Oughta Know” reached the top country spot, as did “Never Say Never,” a duet with Cole Swindell. Wilson will have more material to put in contention when her “Bell Bottom Country” album comes out Oct. 28, just a week and a half prior to her date with the CMA Awards Nov. 5.

Wilson recently wrapped up a stint opening for Jon Pardi in arenas and will do the same for select dates with country superstar Luke Combs this fall. Her stint on Paramount Network’s “Yellowstone” is also well-timed, with the season starting Nov. 13, barely a week after the CMAs.

“CMT Artists of the Year” will focus its titular awards on the established quintet of Combs, Carly Pearce, Kane Brown, Cody Johnson and Walker Hayes. Alan Jackson is also getting an Artist of a Lifetime award on the 90-minute special, which will be filmed midweek at Nashville’s Schermerhorn Symphony Center and air Oct. 14.